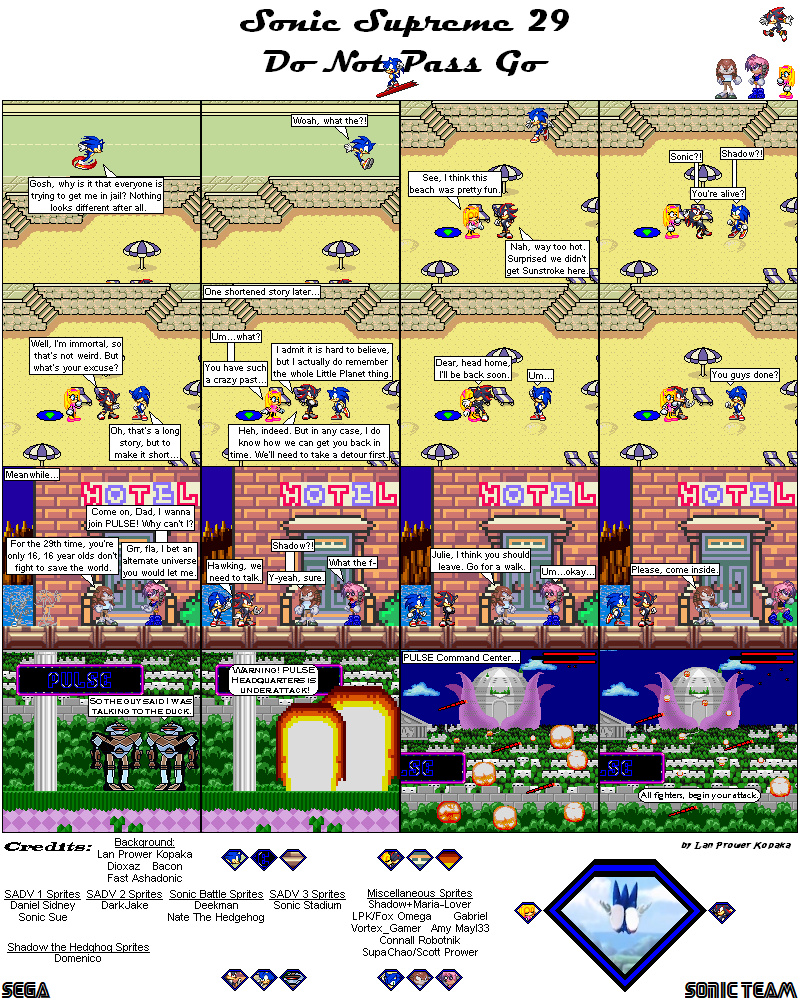 Well, we're in the future, which means most of Sonic's friends have passed away...except Shadow! Considering that he was created to be immortal and all, the days go by without aging him at all. At least he has a girlfriend now. Wonder who she is...

Anyway, as you can see, the future here is pretty different than it was on the other timeline. The hotel here is actually at Green Hill Zone, not far off from where Central City was relocated to in Sonic Chronicles: The Dark Brotherhood (yes, even that game is canon to my series =P). PULSE headquarters here is actually in Marble Zone, obviously redone to get rid of the liquid hot magma.

As for Julie and Hawking, as I explained other times, Hawking and Julie are not the same characters as the ones from the comic, hence why I made them related here. And look, there's even the logic of a parent trying to keep his kid from fighting monsters and machines and wars...not typical for Sonic's time. :P