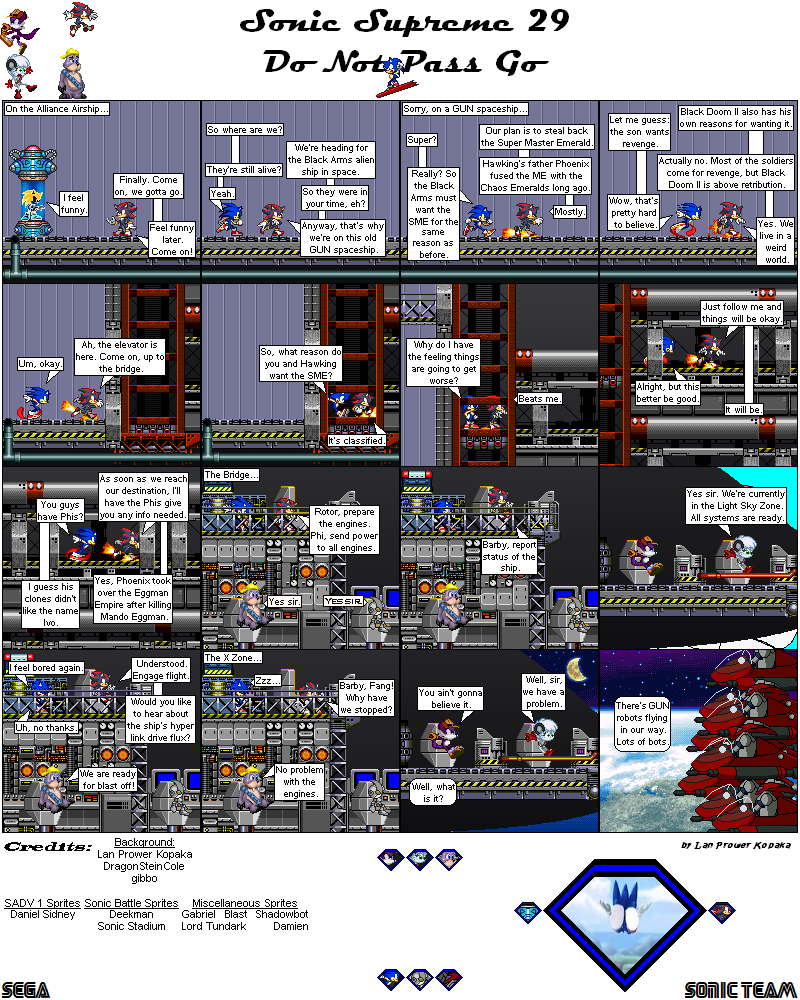 I don't think I can explain why I like this scene with Sonic and Shadow just jogging along. But I do. :P

In case Shadow didn't make it clear enough, Hawking's father was an echidna named Phoenix. We'll get into why he made the Super Master Emerald later, but for now just know that he did die.

Black Doom II is trying to get the Super Master Emerald for his own agenda, not revenge. All he wants is, well, I'll let you find out soon enough. :P