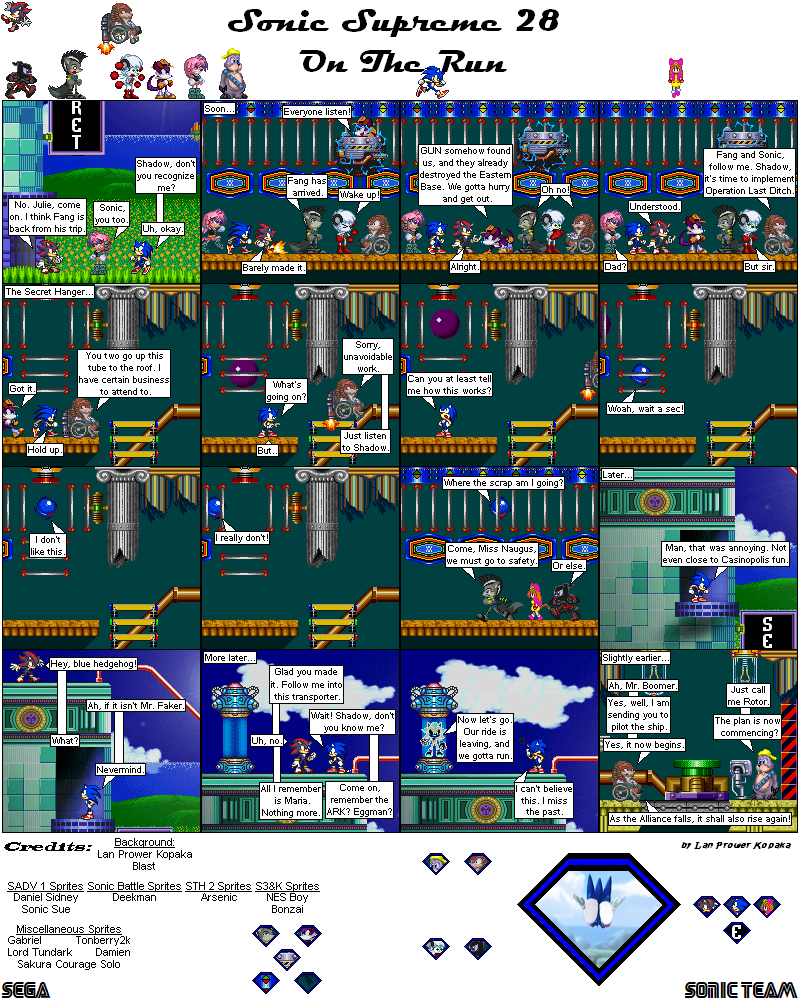 There isn't a lot to say in this one, other than seeing how the characters are in this timeline. Uma is a red belt, everyone's got more rebel clothes, and Hawking is in the wheelchair he's normally seen in. It's been a rough time for people in this era, but everyone's making a life for themselves despite it all. If you were to go to the Good Future...you'd see the differences. :d

I don't know if it's controversial to like Casinopolis from Sonic Adventure DX: Director's Cut, but I actually like Casinopolis. It would make gambling so much more fun. :P I'm not sure if Sonic's into gambling though. I mean, yeah, you can bet your rings, but the guy is so rich at this point that gambling is pretty much pointless for him. He likes running better.

Back to the story! So now the Alliance is fleeing the base before GUN arrives, and are engaging the mystery plan, Last Ditch. But what could it be? Something so important, and yet must occur when they're out of options?