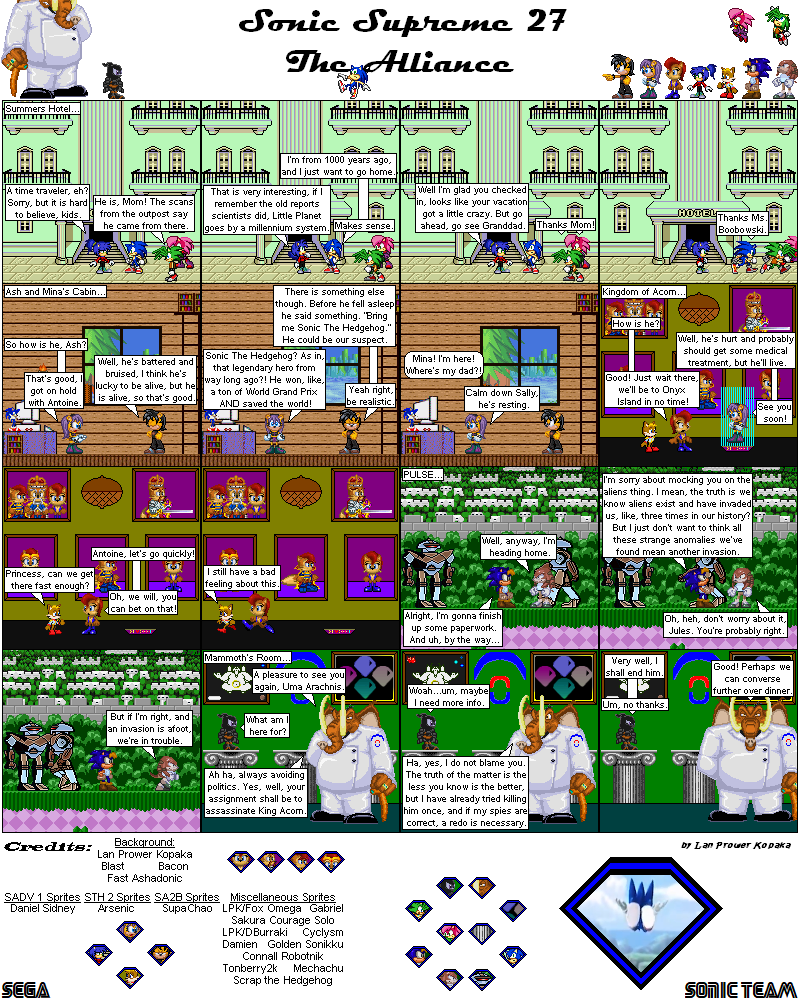 The story continues! There's a lot going on here in this future world, and Sonic's only just starting to see what life is like here. If you're really, really hardcore, you'll notice a lot of details thrown about in reference to characters and story elements from the Sonic comics and shows. Like I said previously, the comics and shows aren't canon to my comic, so you don't need to worry about them, but they're nice little references to look out for.

For example, I could mention Mammoth Mogul's suit. As I was looking up stuff about Mammoth Mogul, I learned he actually has a bunch of different suits. I liked the white one the best, so I gave him that first. We'll eventually see others, but Mammoth is using white for now. Oh, and he's a villain. I wonder if anyone was fooled in Sonic Supreme 26. :P

I guess my favorite one that absolutely no one will probably know about is in Mammoth's Room. You see that symbol above his head, between the two pictures, same as on his arm? That's actually the exact same symbol that Julian Robotnik bore on his arm when he was working for King Max in SatAM. As far as I know, it's never featured anywhere else in any Sonic franchise, so I really liked it and wanted to point it out.

Also, I figured since I wasn't going to make Sonic and Mina get together, I'd make her a Sonic fangirl instead.  Instead, she's married to Ash. I don't think they are in the comics, but they might as well get married in the comics anyway. :P