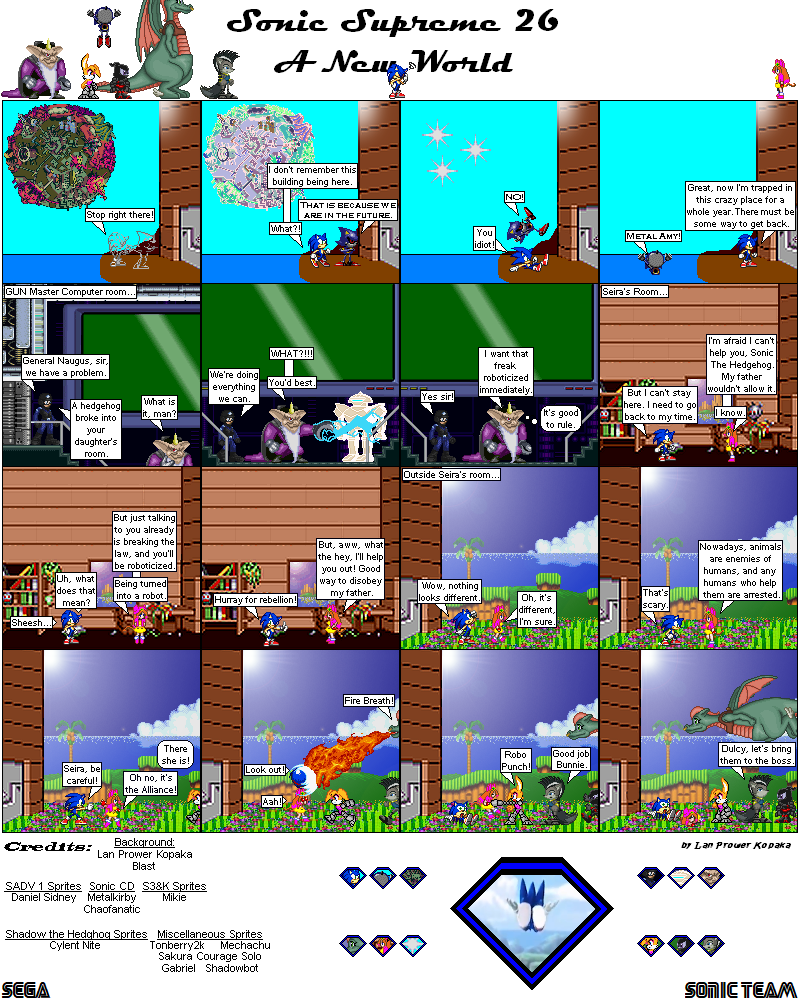 Welcome to my the Bad Future Series of my comics! The Bad Future Series is not just a saga, but a mirror timeline set of comics. For comics 26-35, the timeline of Sonic Supreme splits in two. On one side, we have the comics from the Good Future Timeline, where after Sonic The Hedgehog 2006 reset the timeline, the universe got warped around, so Elise is never cursed, Mobius is never ravaged by Iblis, and the world becomes a utopia.

On this side, we have the Iblis Future Timeline, the timeline where Princess Elise was killed, Iblis was freed, and ravaged Mobius for 200 years. Ever since the release of Sonic The Hedgehog 2006, I wanted to explore this idea of time travel and mirror universes, hence this series. The good news is you can completely read this Future Series without ever looking at the other. But, if you are curious to see both sides, you can easily check it out here or on the main page for Sonic Supreme!

Also, before anyone gets starstruck by the loads of Archie/SatAM/OVA/etc. characters, keep in mind they are NOT the same characters, or even exact duplicates. They are their own characters that I structured around the sprites. I tried to stay somewhat faithful to their media counterparts, but they are not the same, so try not to worry about personality differences. Don't be shocked if the characters have different personalities to their comic/show form.

Sonyway...the comic itself. Here we are, 1000 years later. We see GUN is still around, only now they're working for someone named Ixis Naugus, who may not be sitting on the good side of sane...and considering that Sonic and this Seira girl just got kidnapped, things are already heating up!