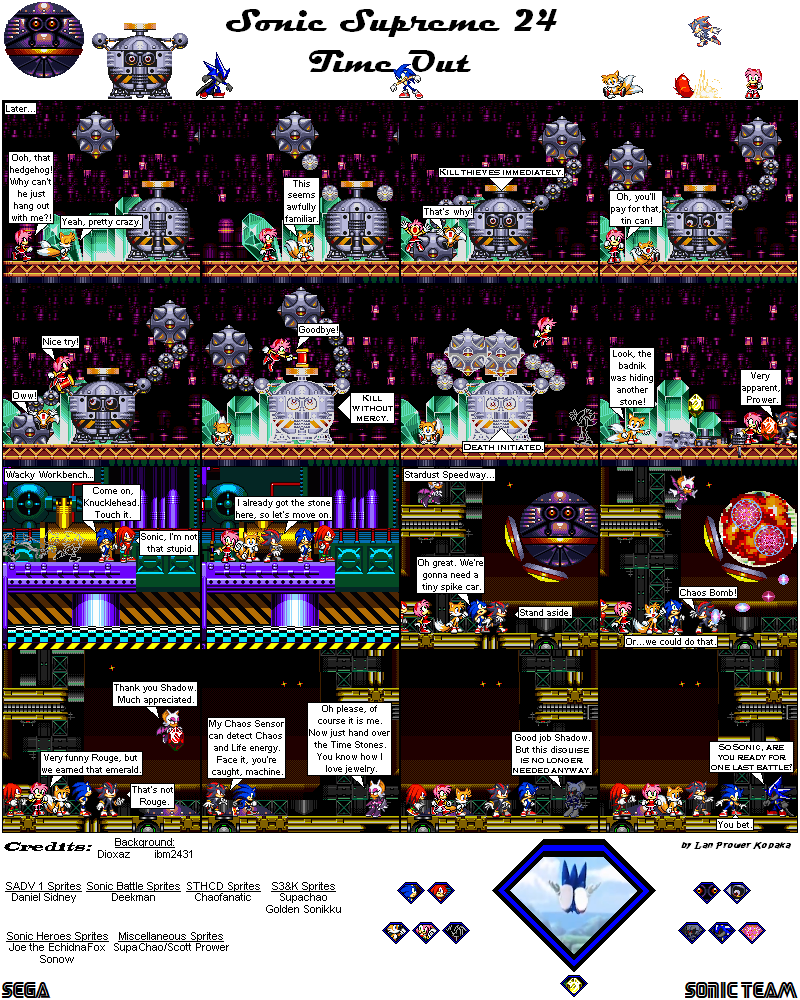 And that's the end of Metal's gang. Gapsule and Death Ball, you will be missed. Maybe. If it means anything, at least you remind me of Frieza in his prime. :P

In recent years, a lot of people have come to the conclusion that Knuckles is stupid because of how he's been portrayed in stuff like Sonic Riders, the Sonic Boom series, and occasionally Sonic X, but he's actually really smart despite no higher education. He's not even as gullible as people think...well, usually...

As for Sonic's comment about the tiny spike car, in the fight with Death Ball in Sonic & Knuckles, Death Ball had one shield and couldn't be attacked by Sonic normally. Sonic had to use gravity and Eggman's own tiny spike cars to trick Death Ball into moving his shield to be hit by the spike car. Of course, now Death Ball has two shields! Which didn't even help at all...

Anyway, to the plot twist! The idea of having Neo Metal Sonic turn into Rouge didn't come last minute, but I wasn't thinking of it when I first planned on Rouge getting into this saga. But I realized I had no major reason for Rouge to be there other than stealing jewels, so I had to think of a good reason. And now you know it. I hope you were shocked. :P