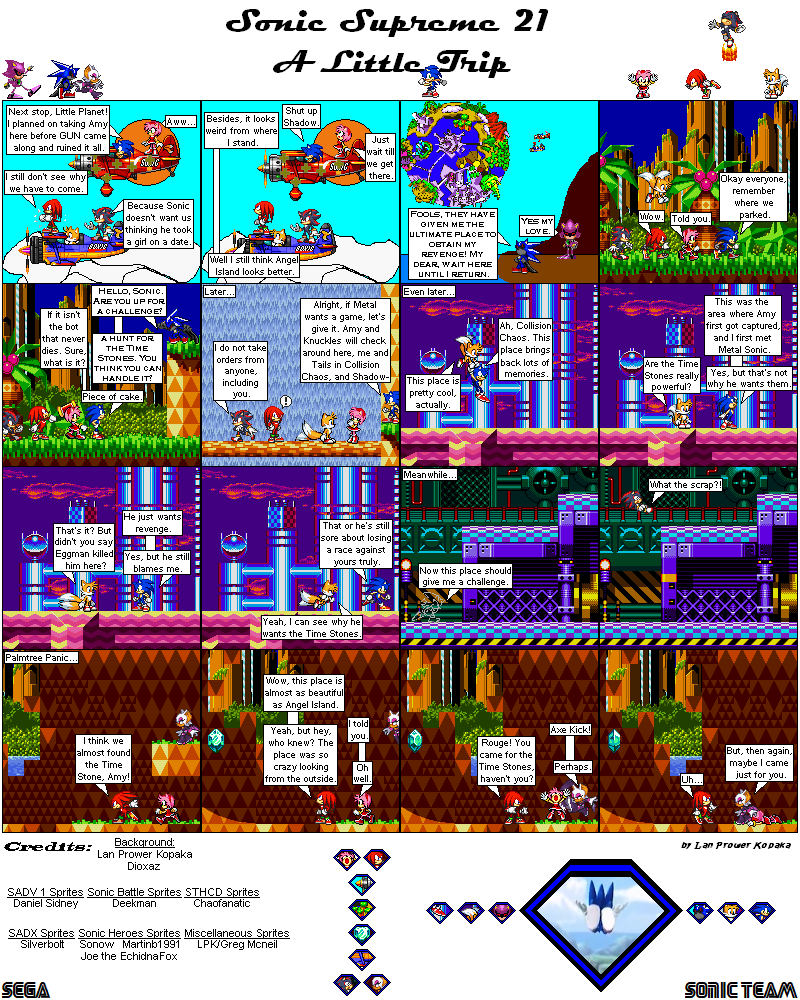 Even the Ultimate Lifeform has trouble with the bouncy and weird Wacky Workbench. :P Good luck with that challenge, Shadow.

Anyway, I've always loved the idea of time travel, and the Sonic series is very fond of it too. If you ever played the game Sonic The Hedgehog CD (or Sonic CD for short), Little Planet is the center of the game's concept, and the game makes an impressive use of time travel for its time. Thus, it made Sonic CD one of my favorite games of the series.

Little Planet itself is a unique story element too, and pretty weird even for the world of Sonic. In case you aren't sure of the legend surrounding it, once a year, during the last month of the year, Little Planet will appear hovering over Never Lake. It can send anyone to the future or past, but only by a set amount of years (in this case 1000 years). To travel to whatever time period you wish, you need all seven Time Stones.

During the events of Sonic CD, Eggman decided to try and get the Time Stones and take over Little Planet at the same time. He also knew Sonic would be coming along, so he unveiled his newest creation: Metal Sonic. Metal Sonic did all sorts of wild antics to try and stop you: kidnapping Amy, capturing animals, and eventually he forced Sonic into an epic race that would result in the loser being destroyed by Eggman's Egg Killer mech. Obviously, Metal Sonic lost, but he still holds the grudge. So is Sonic right, that he just wants the Time Stones to show up Sonic? Or is there another plan in mind?