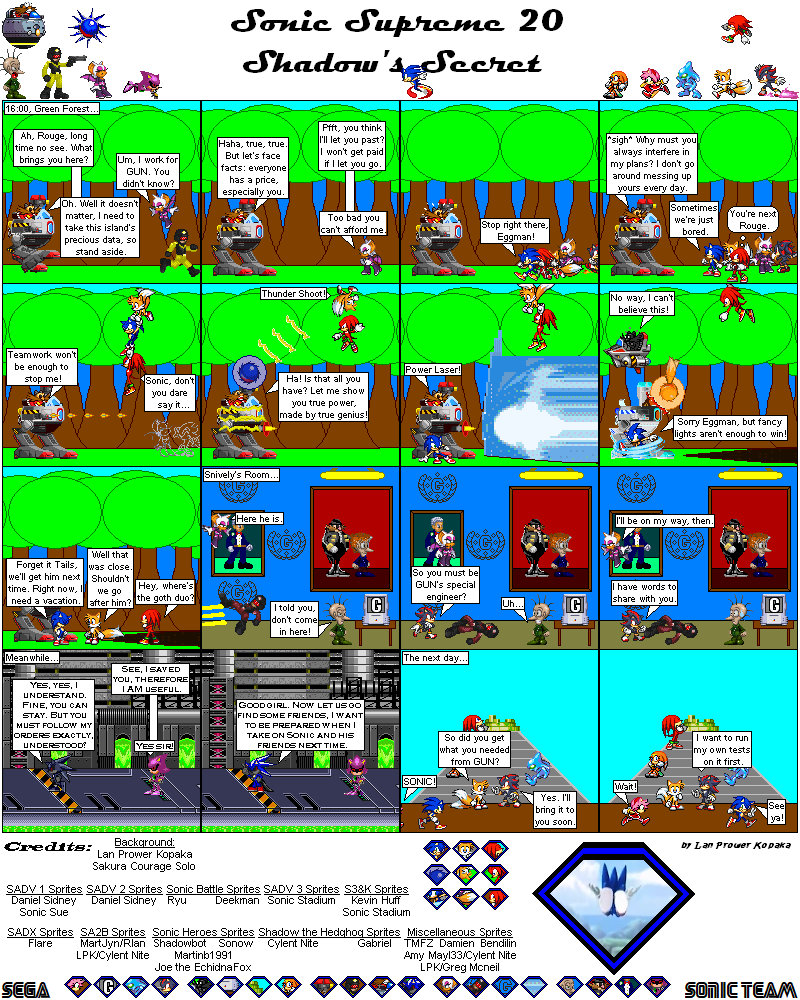 And that ends the GUN Saga! It was a fun little saga, I got to establish a lot of unique ideas for the future comics, and introduce beloved characters people have wanted to see!

But for this issue, just some things to say. For one, when you look over the series, it becomes surprising at how little a character will say or know about another. For instance, even though Rouge and Eggman work closely together and Rouge tells a few people she's a secret agent, Eggman never actually learns about her working for the President in Sonic Adventure 2: Battle. In Sonic Battle she hints at it, but it's too vague to be a declaration. It's pretty crazy when you think about it.

We see Team Sonic acting as Team Sonic as well, what with the Thundershoot and Fire Dunk moves from Sonic Heroes. Also, the Power Laser from Sonic Adventure 2: Battle was pretty fun. I tried to make the real thing myself, but it was beyond my talents. In the end I just went with a sprite recommendation from my friend XNinjaRed, and I think it pays off pretty well for the spectacle of it.

And lastly, the place Metal Sonic and Amy are at is the Prison Island from Shadow The Hedgehog (The Game), just in case anyone is curious. Remember when I said to look for the Metal Amy cameo? Well, seems she saved him and brought him here. But now that Metal Sonic is turning into his Neo Metal Sonic form, things will start to get really crazy, next time!