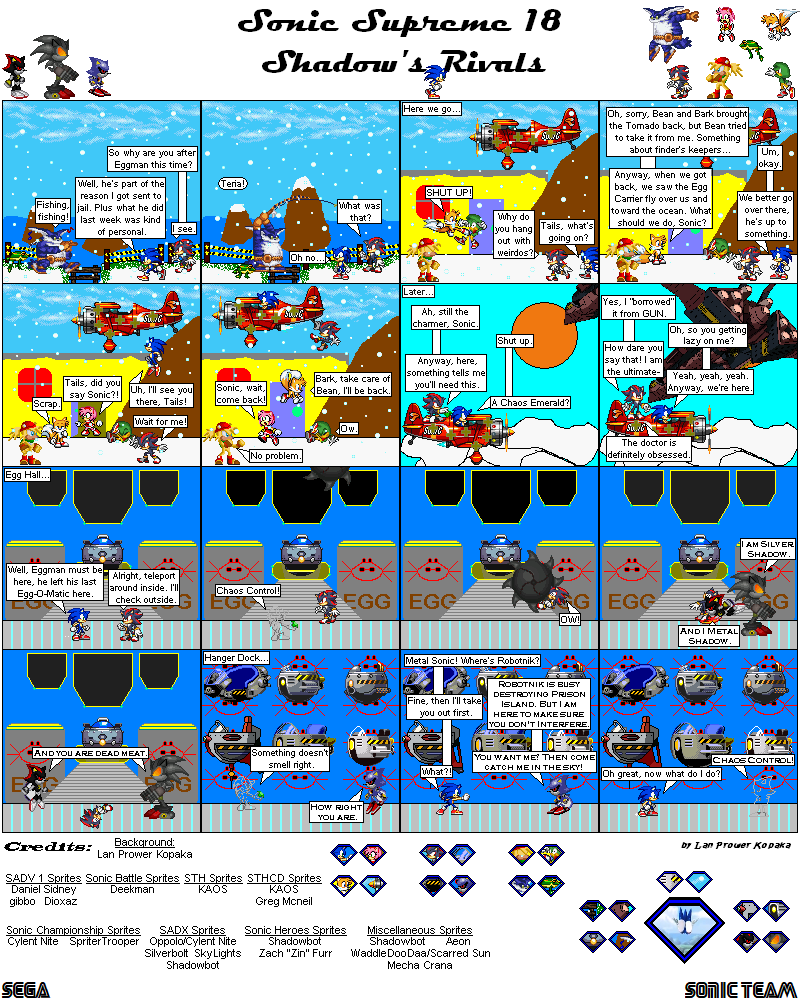 When Sonic says last week, he means The G-Mel Saga, which did get pretty personal if you think about it...

Many, many people hate Big. Consider him stupid and weird and even make fun of his voice (which if you did that to someone in the real world you'd be a high level jerk). But most people don't realize how smart and cool Big actually is. I, on the other hand, realized this pretty quick, and he rose to be one of my favorites. The guy went on a world-spanning journey to save his best friend, he faced off against evil badniks and a giant water monster, and he even flew a high-tech custom plane made by Tails (which was broken by the way) through a very intense thunderstorm and landed right back at his house no worse for wear. All he wants is to spend his lazy days living in paradise. How can you not like a cool cat like Big?

Sorry, just had to give him some overdue credit. :P A couple of things: Bean yells TERIA! That was something Sonic did once to take down an Eggman robot. Somehow Bean found out and is ripping it off. Sonic's not pleased. :P One last thing I want to point out is that as far as I'm concerned, Shadow doesn't need a Chaos Emerald to use Chaos Powers anymore, it just enhances his abilities and makes things a lot easier (hence why Sonic called him lazy :P).