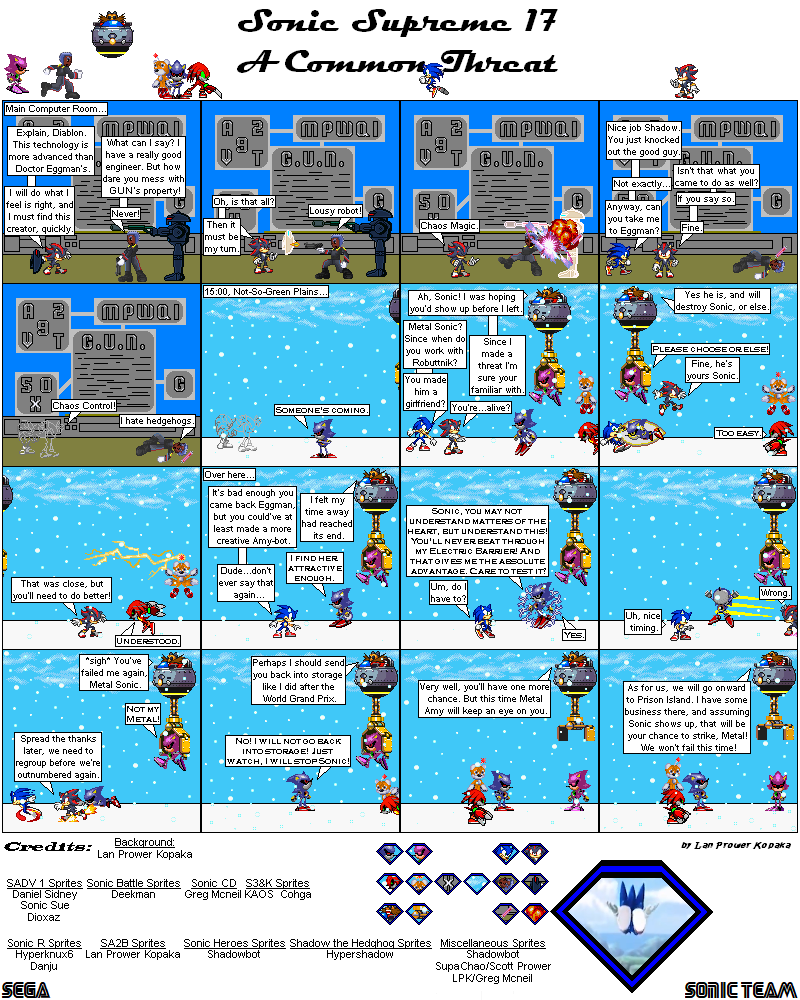 Metal Sonic may be a robot duplicate, but he sure knows girls better than Sonic. :P But to be serious, Metal Amy is actually a unique way for Eggman to control Metal Sonic. Her abilities mimic Metal Sonic, albeit in a weaker form, but her other ability is quite similar to a "love-at-first-sight" effect. That may seem like a silly thing for Robotnik to program, but as Sonic Generations has shown us, he likes to do very silly, nonsensical things when it comes to robots and emotional and intimate feelings.

There's not much to say, other than we get to see Shadow The Hedgehog in the comic finally. Obviously I couldn't resist including him in the comic, what with his darker stories and history and unique Chaos Powers. In fact, I had originally wanted to introduce him earlier, but he felt more fitting here than in a prior storyline.

​These days, Shadow has been living on the Space Colony ARK. He's got his memories back, he defeated an alien invasion, and apparently he's doing some detective work. Shadow's investigating the SWAT Bots and the one creating them. Su-spi-cious! While we don't know what Shadow's up to, just keep in mind that at this point, while Shadow no longer has amnesia, he's still trying to find his place in the world.