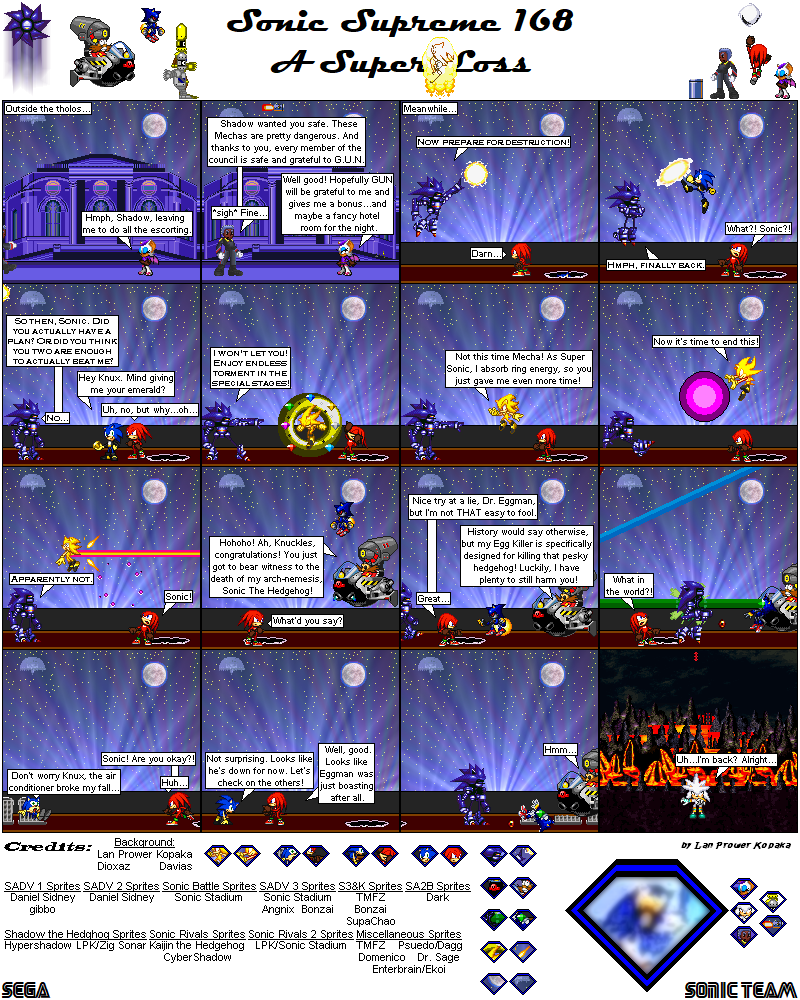 Seriously though, I originally had even less planned with her, so I figured I'd give her this scene to add more details to what's going on and give more to her.

All this said though, it's hardly the biggest event of this comic. That honor goes to the return of Super Sonic! Hard to imagine, but we haven't seen Super Sonic show up since Sonic Supreme 68! He's attempted to go Super, but I've been holding back on showing off Super Sonic to really make it special when he transforms again. And even now, his transformation was immediately cut short by the Egg Killer. Good thing it can't kill Super Sonic!