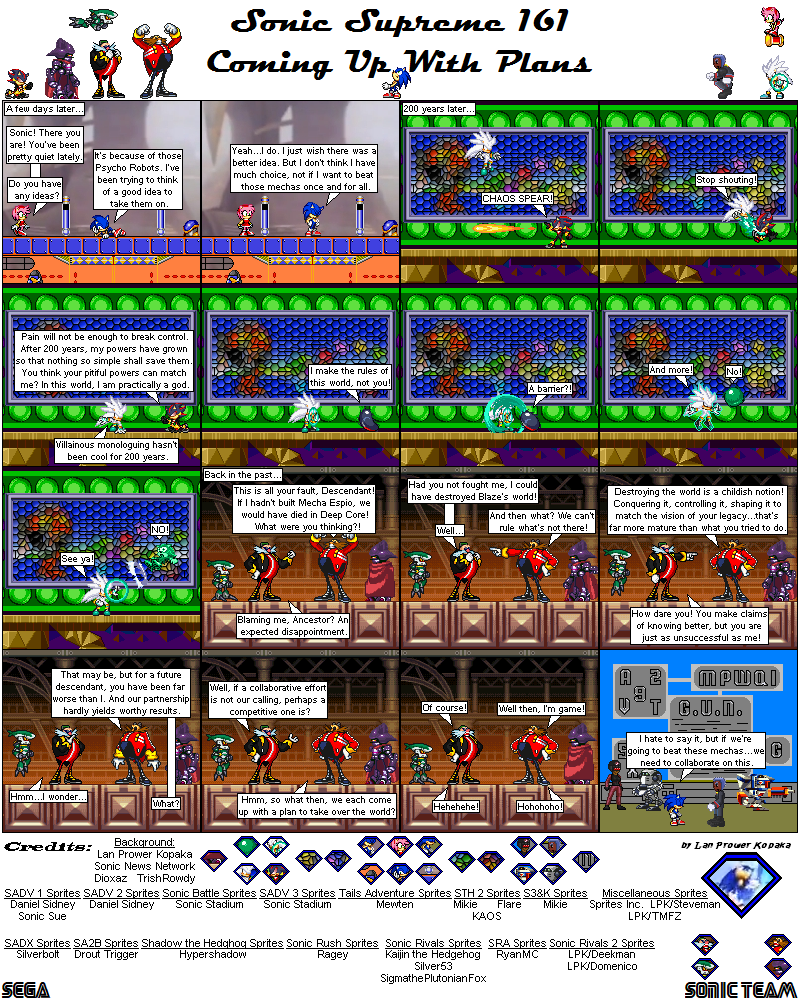 A new saga starts...and boy did this one take a lot of planning. Though I don't speak on this too often, I try to make some backlog, a bit of a cache to have just in case something happens. But at least we're getting to this now! I'll get more into the behind the scenes efforts in the next issue, so if you like that stuff...get ready!

Speaking of planning, this issue features some interesting planning by the heroes AND villains. While we'll have to wait to see more about Sonic's plan, let's cover a bit of detail on the Eggmen. When Eggman Nega was shown off in Sonic Rush, he immediately garnered a lot of fans for his more ruthless attitude, while his faults were more glossed over. I understand that, considering some people want a more cutthroat Eggman (and don't worry, that'll happen in the games eventually...). But I did not want to ignore Nega's faults.

Nega has an obsession with taking over the world or destroying it. His attitude is basically, "Give me world domination or take world destruction!" That goes against Eggman, who actually wants the world...it's hard to rule a planet without one, after all. =P But yeah, be prepared, we'll be learning more about Nega's attitudes as we continue...
​
Starring
- Amy Rose
- Sonic The Hedgehog
- Silver The Hedgehog
- Shadow The Hedgehog (Ifrit Future)
- Johnny
- Dr. Eggman Nega
- Dr. Ivo "Eggman" Robotnik
- Mecha Espio
- U78-X/D Diablon