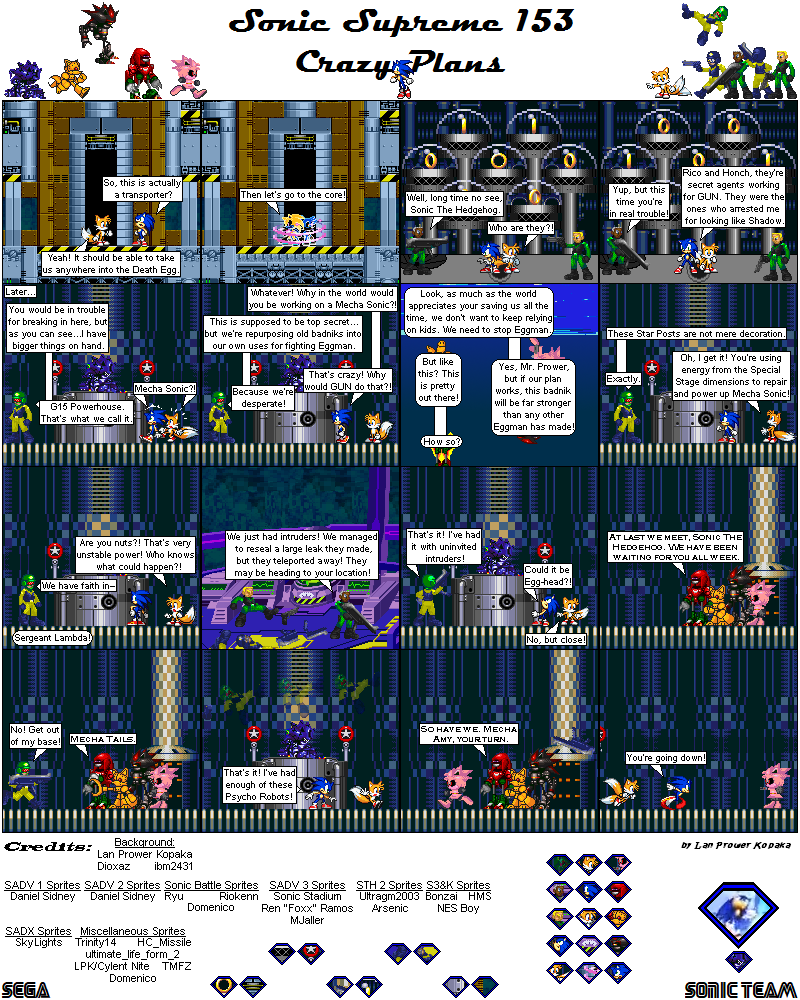 And so we continue forward into the saga, and now Sonic and Tails are pitted against the Psycho Robots!

So, to cover a lot of little bits here, first off, the transporter. If you ever played Sonic The Hedgehog 2, you'd know that there isn't really anything to do in the area Sonic and Tails start in. No elevators or anything like that, so I figured that little watching room is also a transporter to teleport around the Death Egg.

Which of course brings them to two new characters, Honch and Rico! The two of them were a part of the Archie comics of old, and were the secret agents tasked to arrest Sonic...because they thought he was Shadow. How they made that mistake, well, in the comics at least, they are in kind of a dark forest, so maybe...that's why?

And at last, we finally see the reasoning of using these badniks for making new GUNbots...desperation. It's not surprising, and it will be a theme that gets touched on again with desperation in GUN's history, but that's for another time.