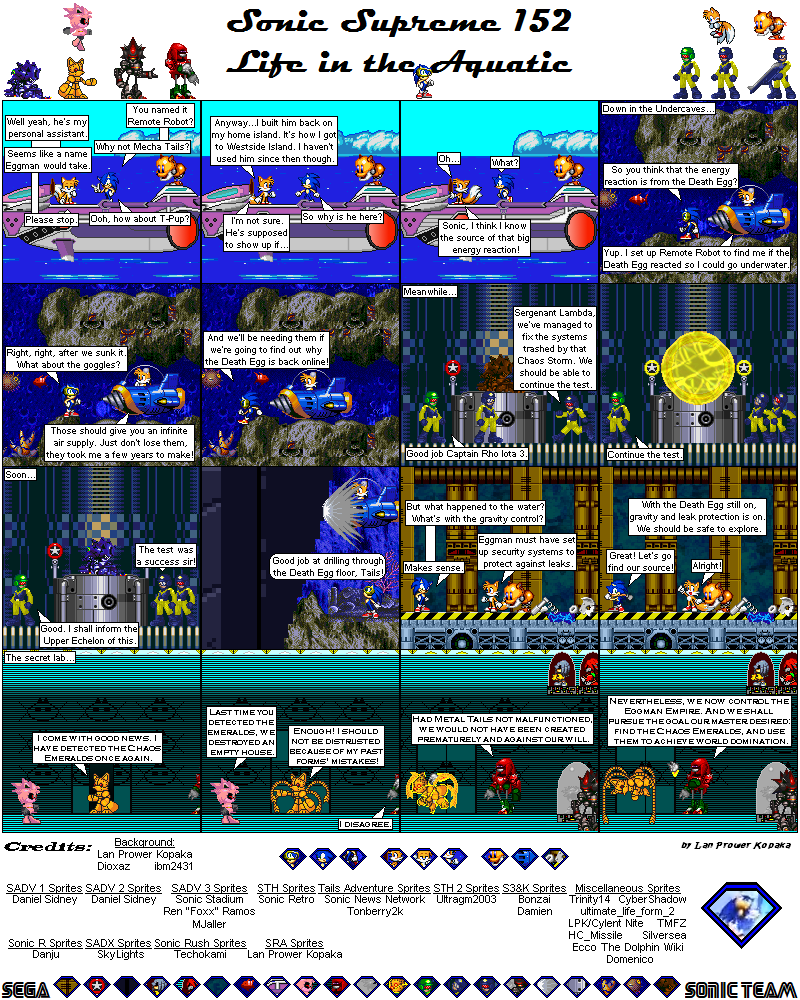 We continue into The Phantom Mechas Saga...and see the Mechas themselves!

So I saved talking about Remote Robot until now, but I wanted to note that Remote Robot is a robot originally made by Tails. In the Archie comics, he was nicknamed T-Pup, but he also got called Mecha Tails. Obviously I couldn't go with Mecha Tails, and I figured it made more sense to go by what Remote Robot was called in Tails Adventures.

To that point, that was the only game he appeared in. He started off as a small-sized version, but at the end of the game was expanded to this bigger version...and then exploded. Apparently Remote Robot doesn't work as well when he's big like this, but it's been a few years, and it looks like Tails got him to work well this time. We'll see how long that lasts. ;)