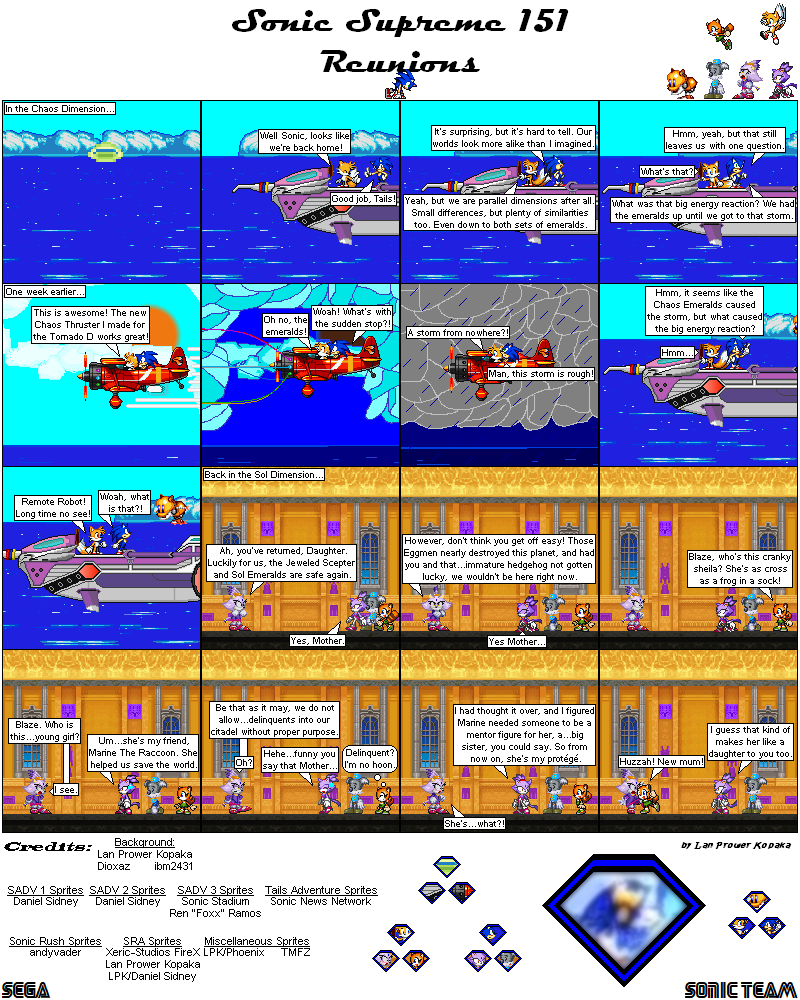 So for those unaware, this occurs shortly after Sonic Rush Adventure (and we also get a flashback to a bit before and during the beginning). It mostly just matters for getting a few points across, such as:

As another note, I really like how my design for the SS Tornado EX came out. It's too big to fit into one panel, but I'll eventually show off the back and the wings of the plane-boat-thing too. Also I'm curious if anyone tried to sprite the other ships in the game. I have no intention of doing so, but if you do...good luck!
​
Starring
- Miles "Tails" Prower
- Sonic The Hedgehog
- Remote Robot
- Empress Incendie The Cat
- Princess Blaze The Cat
- Gardon
- Marine The Raccoon