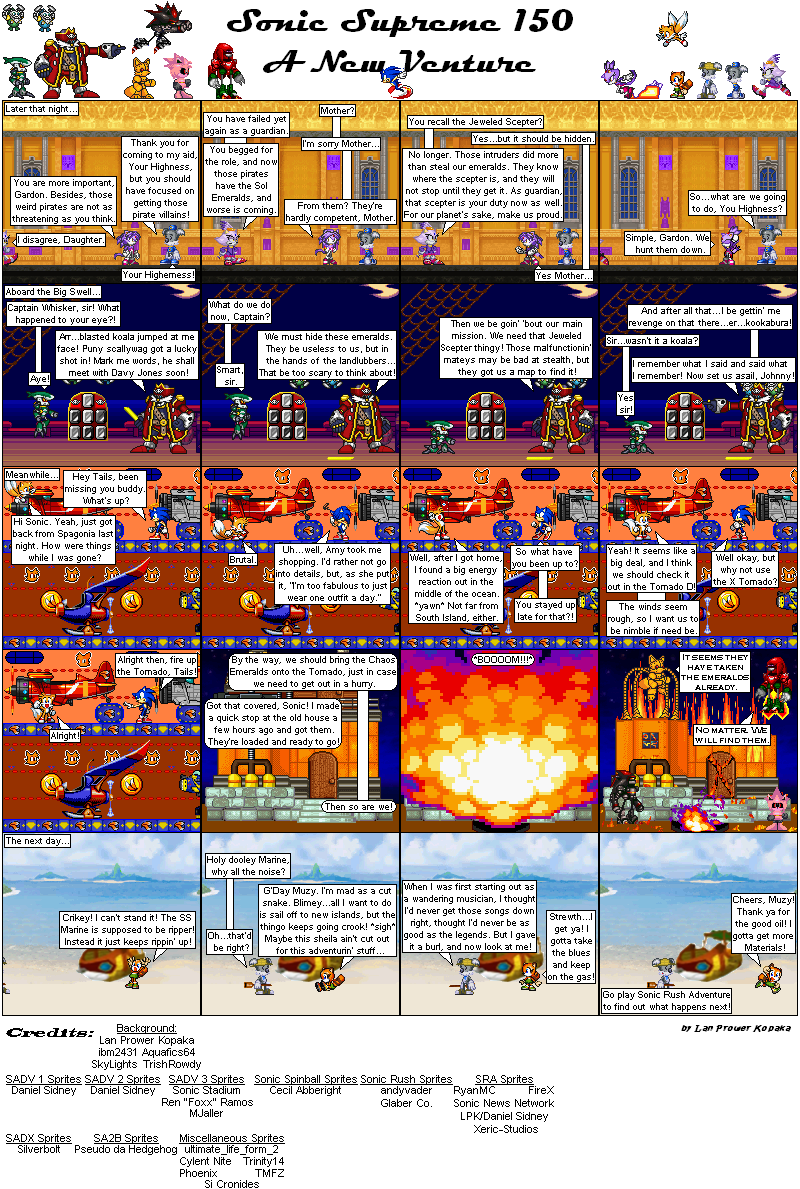 And so we end the saga with everyone's favorite character, Marine The Raccoon! :P Seriously though, she's...not very popular among fans, but I like her for being as blunt and expressive as she is. She won't show up very often in Sonic Supreme, but I have a couple of fun ideas for her for the future.

Obviously, the bigger news is Sonic and Tails are together and investigating a big energy reaction somewhere out on the seas. Hopefully this adventure doesn't go badly and they end up rushing into a new venture.

Unfortunately, they're leaving behind these new Mecha robots, who will probably cause some trouble in their efforts to find our duo, and our heroes also have no idea that Blaze and Gardon will be dealing with Captain Whisker and his crew aboard the ship, the Big Swell. But...maybe the next game will let them help with the latter. Maybe. ;)
​
Starring
- Empress Incendie The Cat
- Princess Blaze The Cat
- Gardon
- Johnny
- Mini
- Mum
- Captain Whisker
- Miles "Tails" Prower
- Sonic The Hedgehog
- Mecha Shadow
- Mecha Tails
- Mecha Knuckles
- Mecha Amy
- Muzy
- Marine The Raccoon
Powered by