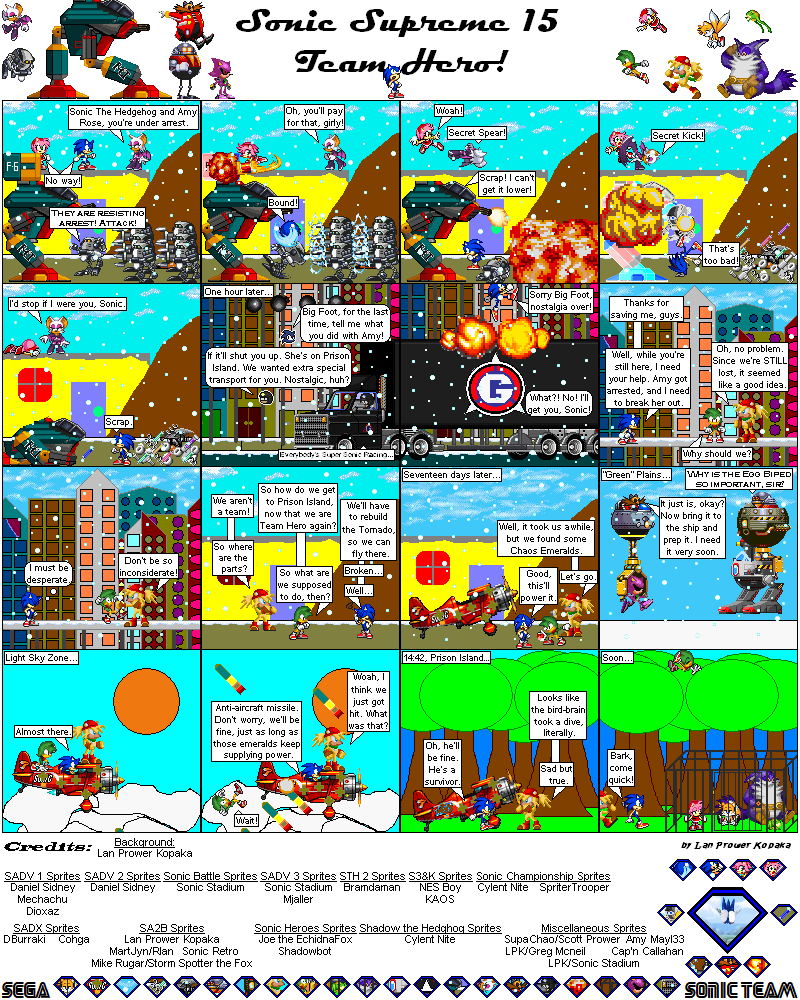 Hmm, a lot of Rouge's move are named Secret...interesting. I wonder if that actually means anything. I guess she is a secret agent, but still.

Those Chaos Drives you see falling from the dead GUNbots are made by me. I'm very proud of myself, they're simple but effective. Pretty much every GUNbot is powered by Chaos Drives. As seen in Sonic Adventure 2: Battle, they're small tubes with a shard of what may be a Chaos Emerald, or something like it, inside. They aren't very good power sources, but they work well enough for GUN.

In terms of references, Big Foot calls the GUN truck nostalgic for a reason. Not only did it chase Sonic down the streets of Central City in Sonic Adventure 2: Battle, but it also is what they used to transport him securely when they weren't using aircraft. Granted, it's not nearly as big as that truck, but that truck crashed into a few too many buildings already...Also, keep in my mind that while Sonic's not a mechanic like Tails, he still knows his plane, it just took him a lot longer to fix it.