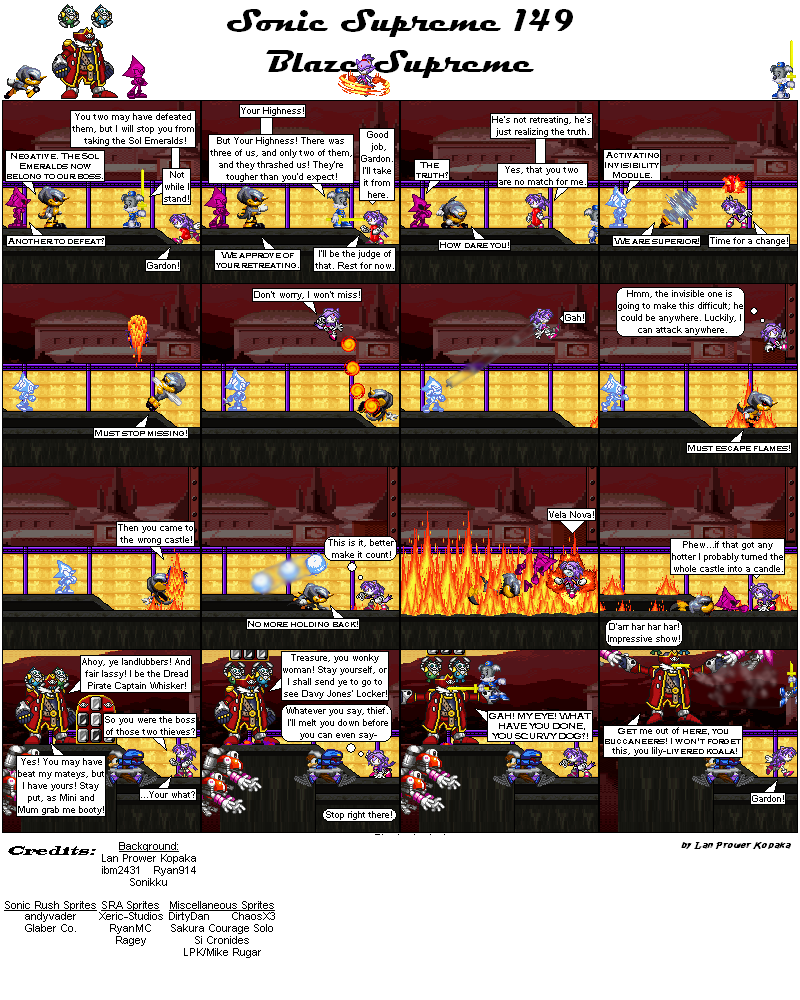 Ooh, another exclusive issue! And this one for Blaze! I obviously like Blaze a lot, especially after Sonic Rush, and leading into Sonic Rush Adventure, and interestingly we're about to lead into that story. Blaze getting her own issue is quite fitting then. ;)

With that in mind, let's go over some of the new characters here. We have Captain Whisker, the main villain of said game, and his robot minions Mini and Mum. Mini and Mum are...not really important, so don't worry about that. Whisker, on the other hand, is a unique character. In the game, he's missing an eye, so...now we know why. ;D

Whisker is also now in possession of the Sol Emeralds...but, that may not be all he's after. After all, for some strange reason, he seems to be working with Silver Espio and Metal Espio. Why are they here?!

As one last note, Blaze's attack, Vela Nova, is a move I gave her to compliment her amazing hidden fire power. She never really gets to let loose in the games, but here she does. Also, I named it after her theme song, Vela Nova (which apparently means New Sails, so...fitting for the next game ;D).
​
Starring
- Metal Espio
- Silver Espio
- Gardon
- Princess Blaze The Cat
- Mum
- Captain Whisker
​- Mini
Powered by