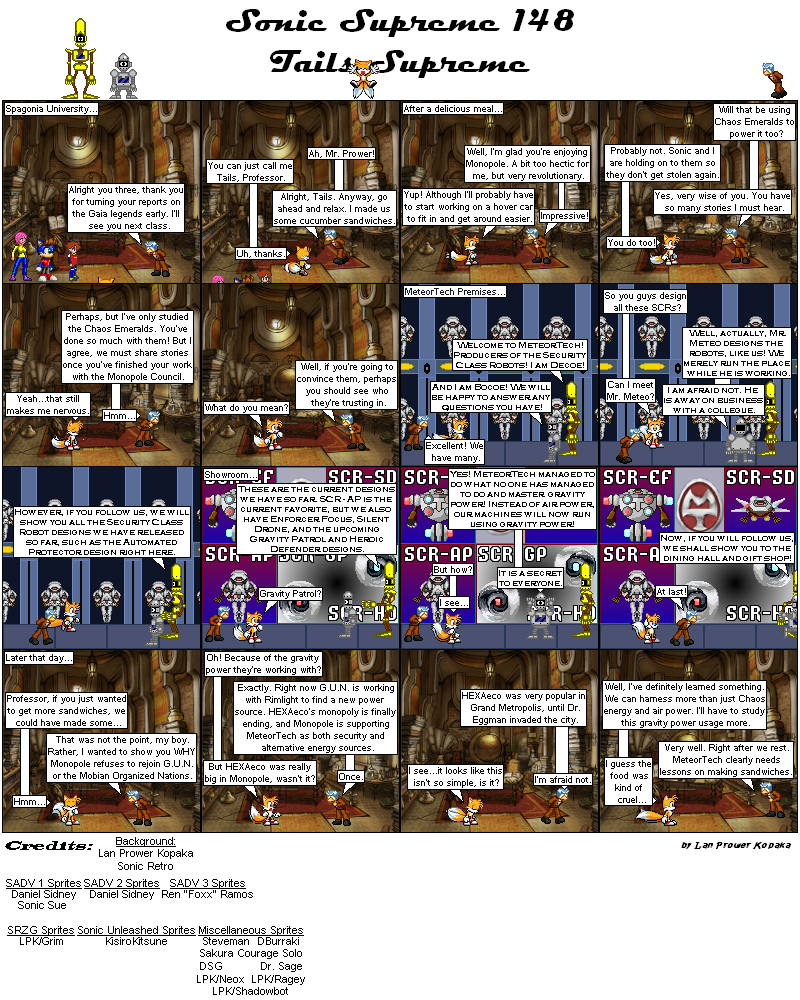 Well hey, look, a sudden twist to Tails! Yeah, it's finally for Tails to have his own comic! And he gets to spend most of his time with his new good friend, Professor Pickle! These two always seemed fun together, so it was nice to let that friendship show in an issue dedicated to Tails.

The comic itself deals with a lot of moving forward with the Monopole stuff. Tails and the professor learn more about the security agency Monopole hired, and we meet two of the robots that help run the place, Bocoe and Decoe. If you ever saw Sonic X, you'll remember them from that series, but here they're just helper robots for the man running this company. Mr. Meteo, well, we'll see him eventually, but clearly he's the one who made the two helper-bots this time.

We also get a lot of references to other companies in the Sonic series. HEXAeco, a company from Sonic Heroes, Rimlight, from Sonic The Hedgehog 2006, and now MeteorTech, a company we meet in Sonic Riders: Zero Gravity (though that game hasn't happened in Sonic Supreme's universe yet). All good stuff to remember, but what's more important to remember? That the robots running MeteorTech make horrible sandwiches. :P
​
Starring
- Miles "Tails" Prower
- Professor Dillon Pickle
- Bocoe
- Decoe
Powered by