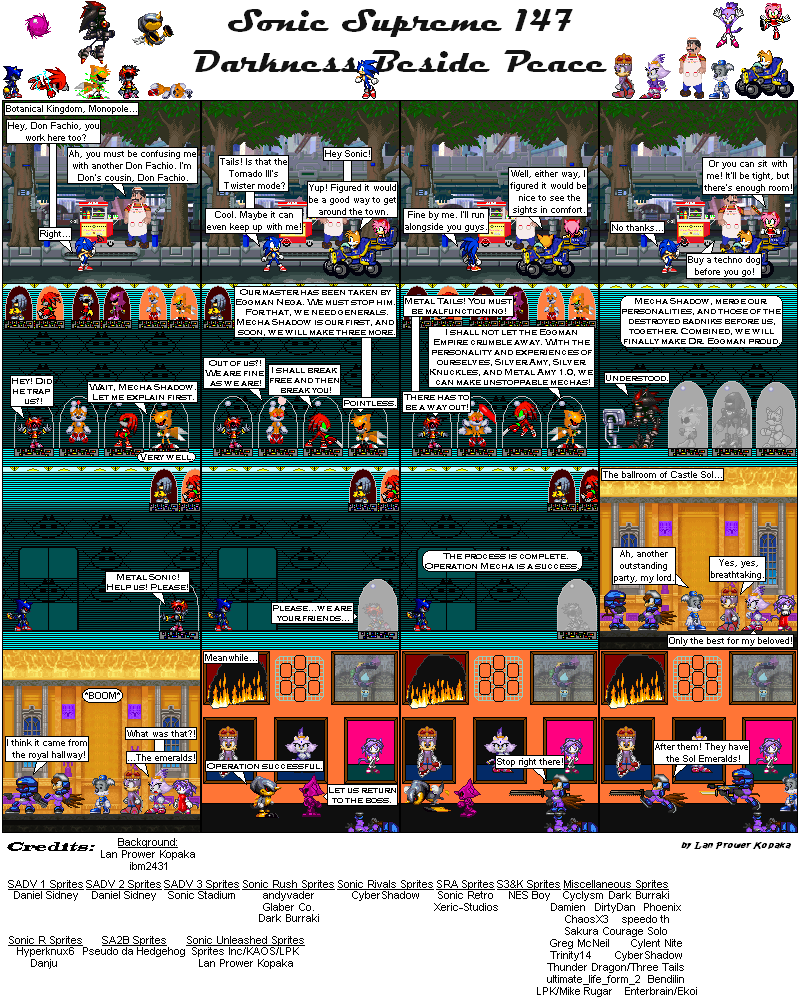 Ah...a very simple issue, right? Nothing too big? At least we meet Don Fachio...assuming it's a different Don Fachio. It's hard to say, but it's hard to imagine he travels to all sorts of random places across the globe like he does in Sonic Unleashed. At the very least, each Don Fachio has a different facial hair or look, so, maybe he really is his cousin. Maybe.

We also get to see a form of the Tornado III we haven't seen since Sonic Adventure 2 Battle, the Twister mode! It's basically the plane transformed into a car, and I love this mode a lot. In this issue in particular, Tails has added a back seat so Amy can fit in. And yeah, Sonic would have really had to squeeze in to sit with Amy...but she would have loved it.

Obviously, I'm avoiding the big topics, an invasion by Silver Espio and Metal Espio, AND the deactivation of the original badniks. It's a bit of an extreme move, but Metal Tails has been malfunctioning for a while. That malfunction clearly caused him to enact a plan that isn't, well, advisable to enact. Mecha Shadow and Metal Sonic 2.0, while not malfunctioning, also were not fully aware of Eggman's plans like Metal Tails seemed to be, hence them going along with it, and Mecha Shadow was built in this exact manner after all, so it just seemed like this Mecha project was the next forward.