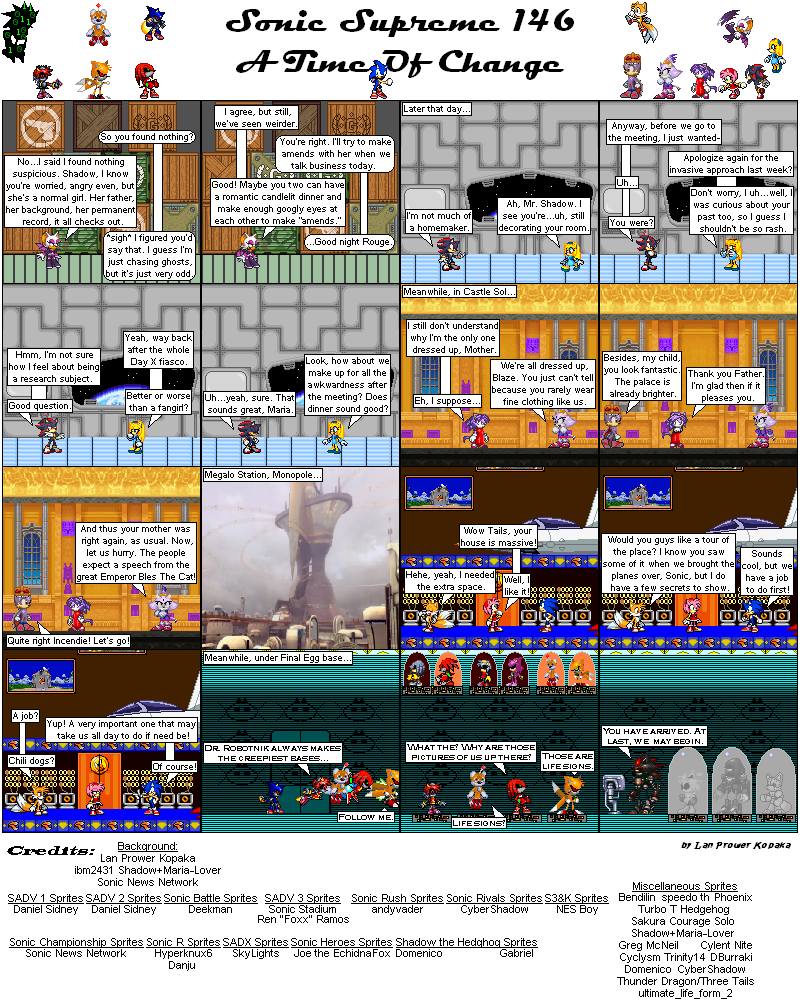 A time of change indeed. Our heroes begin a new life in Monopole, Shadow gets a new friend with Maria, Blaze is dressing fancy, and apparently Metal Tails makes a plot that may just be lacking in...agreeableness to the others.

Tails' house was something I really wanted to make for a long time. It's a fun design, and over time we'll see more rooms of the place and what other secrets may be hidden there. It's also built up from a zillion different sprites, so lots of credits go around for that.

I guess as one last point, we finally get to meet Blaze's dad. Just like with her mom, they aren't based on existing characters, just characters I made up, but I figured if Blaze is a princess of the Sol Dimension, she should have parents, and thus we have Bles and Incendie. We might not see too much of them, but we'll definitely see how they've influenced and shaped Blaze.
​
Starring
- Rouge The Bat
- Shadow The Hedgehog
- Maria Thomas
- Princess Blaze The Cat
- Empress Incendie The Cat
- Emperor Bles The Cat
- Miles "Tails" Prower
- Amy Rose
- Sonic The Hedgehog
- Metal Sonic 2.0
- Metal Amy 2.0
- Tails Doll
- Metal Knuckles
- Metal Tails
​- Mecha Shadow
Powered by