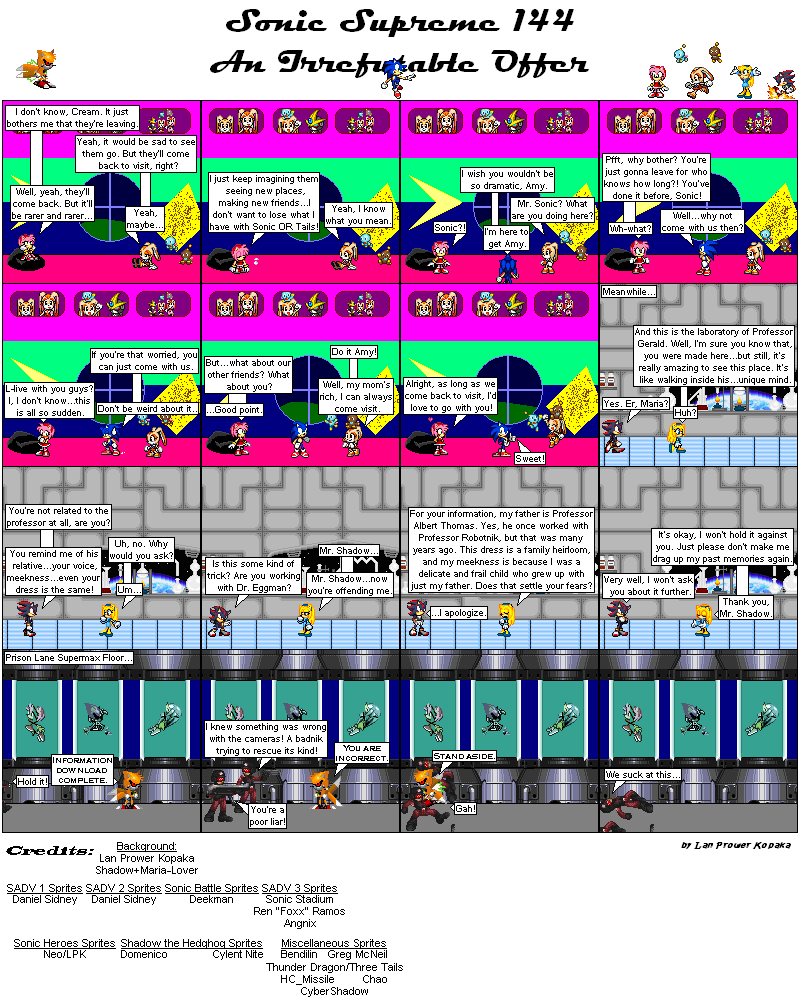 Oh, the drama! To be fair, it's understandable. Amy is pretty close to Sonic, and Tails, and it's tough when friends move away. Again, since I wanted to go with Tails moving, and because is one of the main characters for the series, I think it was fitting for her to come along. She's going to have a fun room that I designed, so I look forward to showing that off. ;)

Now, as for our little Girlhog here, apparently her past is a bit touchy for her, but based on clues in her words, she doesn't seem to be hiding any secrets. It's just personal history as far as she's concerned, which is tough to talk about. It's understandable that, as curious as Shadow is, he'll need to respect that maybe she is just a huge coincidence.

Maybe. Only the future knows for certain.