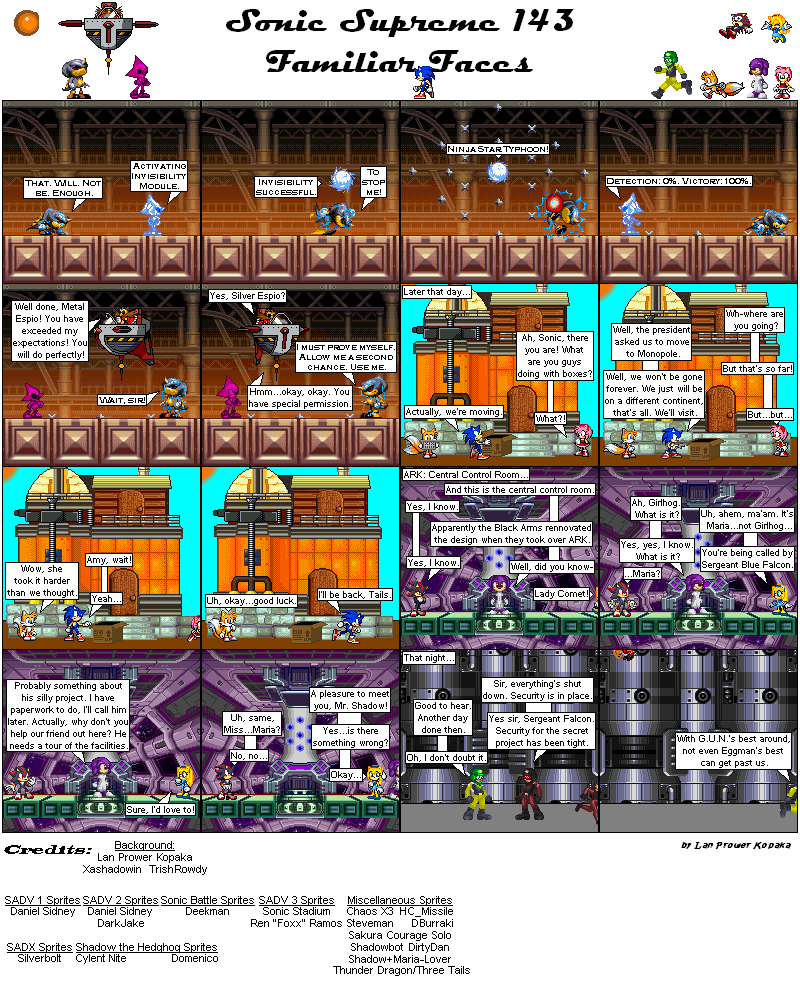 A reason this took so long to finish was how I felt on developing the comic itself. Silver Espio and Metal Espio was an idea I found interesting at first, but it lost appeal compared to another story going on in this saga. And unfortunately it was a lot more fun for me to work on that plot element. Still, I tried to make the two reflect parts of Espio's personality, and I do have some awesome stuff planned down the line, so I'm looking forward to that part of their story.