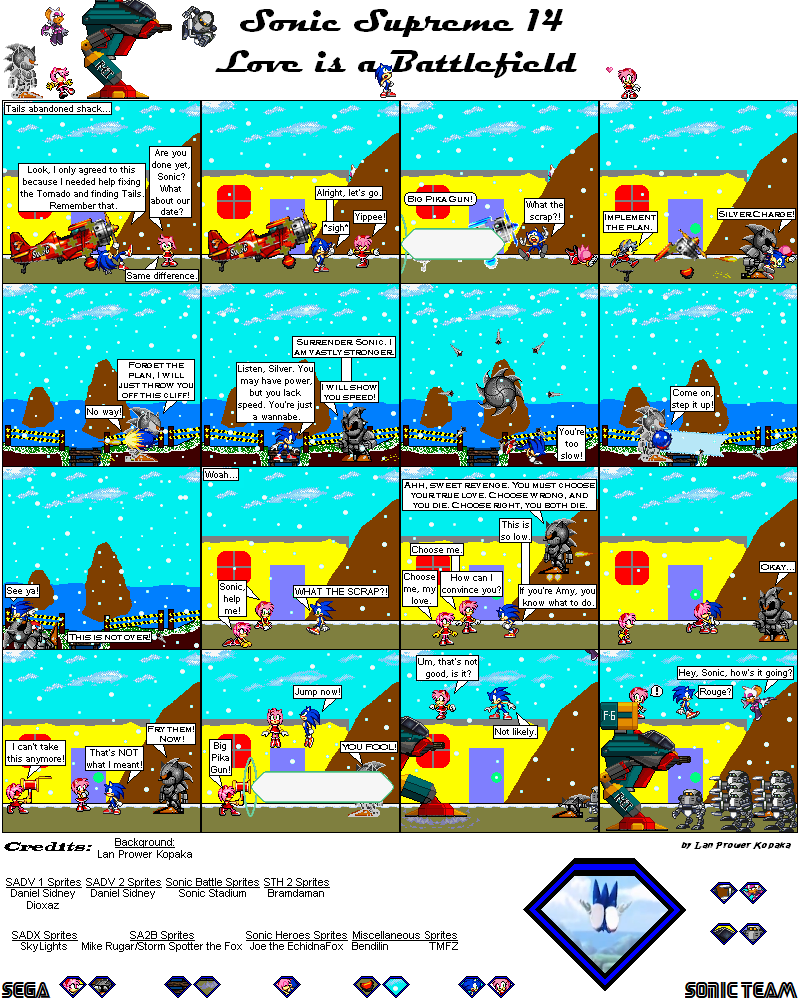 Sorry for the Brawl lines, but I had to do it. :P But yeah, the Tornado's been destroyed...again. Sonic's plane really can't catch a break.

As for the...unique solution Amy came up with, I know some people may not approve, but hey, it worked, didn't it?  And it's not like this means they're a couple or anything. So no, we don't have the Lovely Couple yet.  But who knows, maybe someday they'll finally look past each others' faults and find love. And yes, the title is a reference to a song, it was too easy to ignore. :d

Anyway...Captain Mercury and Captain Big Foot are here to cut into their victory. What will come of this? I can't spoil that. ;) But to give a bit of detail, Big Foot is another captain, and was actually the first boss Sonic fought from Sonic Adventure 2: Battle. Though, it may also be worth noting that the F-6T mech is not the same mech that Big Foot piloted in Sonic Adventure 2: Battle, but it does function mostly the same way.