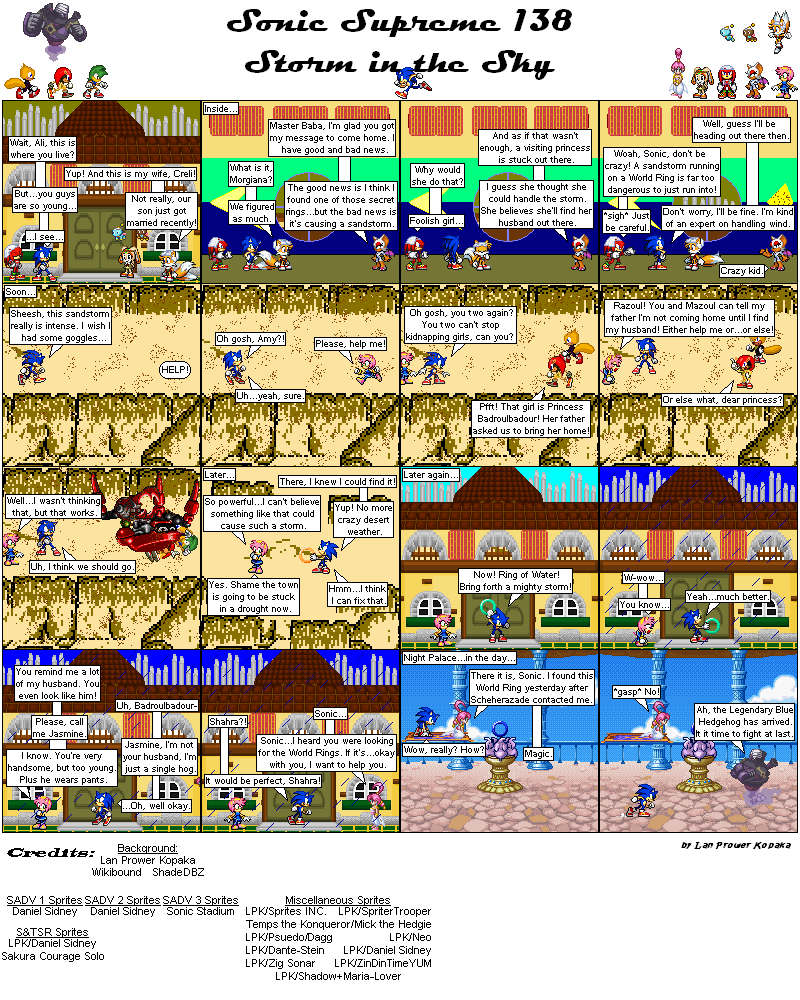 Finally back! Yeah, I'm feeling my groove again, so let's get back through this story!

One of the biggest problems I've felt throughout this saga is just the amount of backgrounds and character redesigns I've had to make. While I'm not fond of some of them, I do like how the girls came out in this issue. I tried to base them on character art people have made of them, hence the blues for Badroulbadour.

And yes, that's the name of Aladdin's wife in the Arabian Nights stories. I figured I'd give the Jasmine name a shout-out since, well, no one would really recognize her. Plus it's easier to type. :P On the other had, while Ali Baba really was married and had a son (who marries Morgiana oddly enough, it's complicated), neither the wife or son ever get named, at least in all the searching I did. We won't be seeing the son in this series, just because there's way too many characters as it is, and I can't imagine what he'd look like. =P

Anyway, in terms of the plot, Sonic almost has all the World Rings, but one last enemy stands in his path. Who could this mysterious genie be, and how is he related to this whole story? :O
​
Starring
- Sinbad The Sailor
- Sonic The Hedgehog
- Iftah
- Creli
​-
- Ali Baba
- Morgiana
- Princess "Jasmine" Badroulbadour
- Razoul
- Mazoul
- Javan The Kurd
- Shahra
​- Guardorn
Powered by