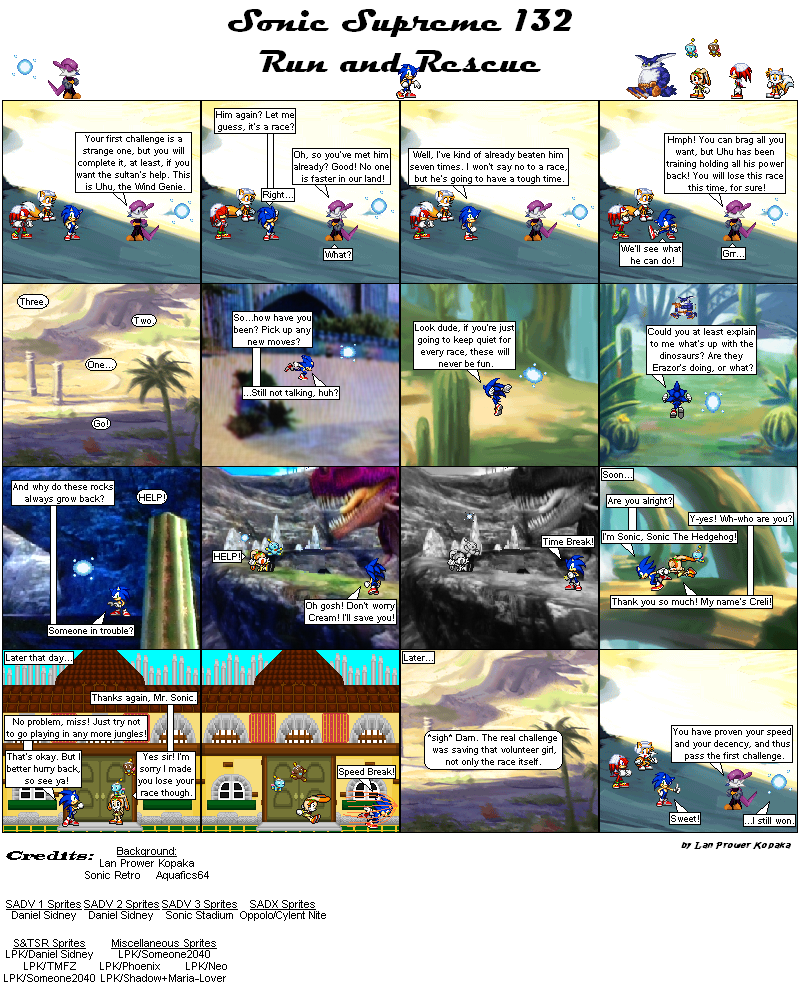 This issue doesn't have a lot going on in it, but I do like it for what it accomplishes. I get to do Time Break and Speed Break, give Uhu one final return, and make a joke at the expense of those random dinosaurs! =P As far as I can guess, they're Erazor's doing. There are no dinosaurs in the stories. It's too bad really, there are actual monsters in the stories, but Sonic Team wanted dinosaurs for some reason...

Anyway, in comparison to last issue, this wasn't so bad. Creli and her pet chao Iftah will come back later on, but essentially they did get lost on purpose. The allosaurus (I think it's an allosaurus at least, I'm not sure) wasn't part of the plan, but at least Sonic managed to save her in time. And speed off. And now I need a break. :P
​
Starring
- Sinbad The Sailor
- Ali Baba
- Sonic The Hedgehog
- Jafar
- Uhu The Wind Genie
- Big The Cat
- Creli
​- Iftah
Powered by