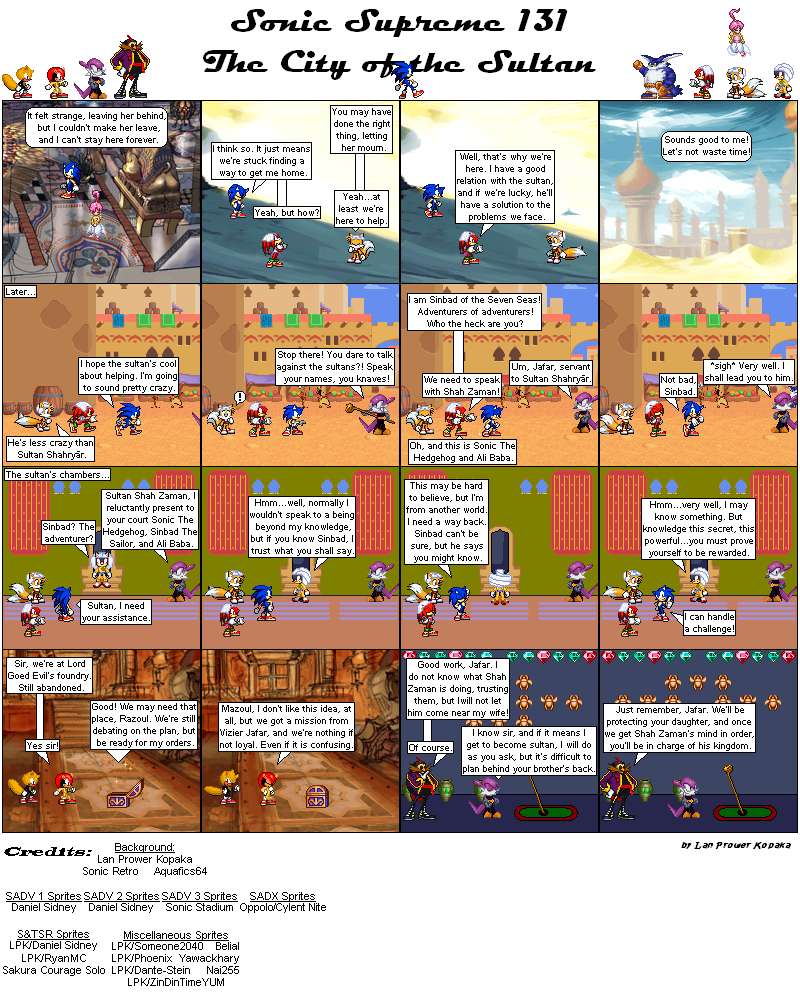 And so begins the Arabian Nights Saga! This was a wild and crazy and tough saga to work on. A lot of the backgrounds were either easy to find, but difficult to work, or difficult to come up with, but rewarding to use. Really, the backgrounds surprised me how much of a pain they became, but it wasn't so bad for this comic.

The big problem with this saga is the sprites. While the characters themselves are of course ripped or made by their respective authors, the costumes are done by me, which was a great deal of work. Basically, the saga almost never happened because I wasn't sure I could make these. Now, some of them aren't as great as others, but it's to be expected of minor characters. For the major ones, I put a lot of work into. But, you'll be seeing that as the saga goes on. ;)

As for the plot, I think the only thing that needs to be said is that Shah Zeman is the canonical brother of Sultan Shahryar. He actually is the one that kicks off the original story that framed the whole Arabian Tales thing. I've got a loooot to say about how whacked the One Thousand and One Tales are, but we'll get to that later.