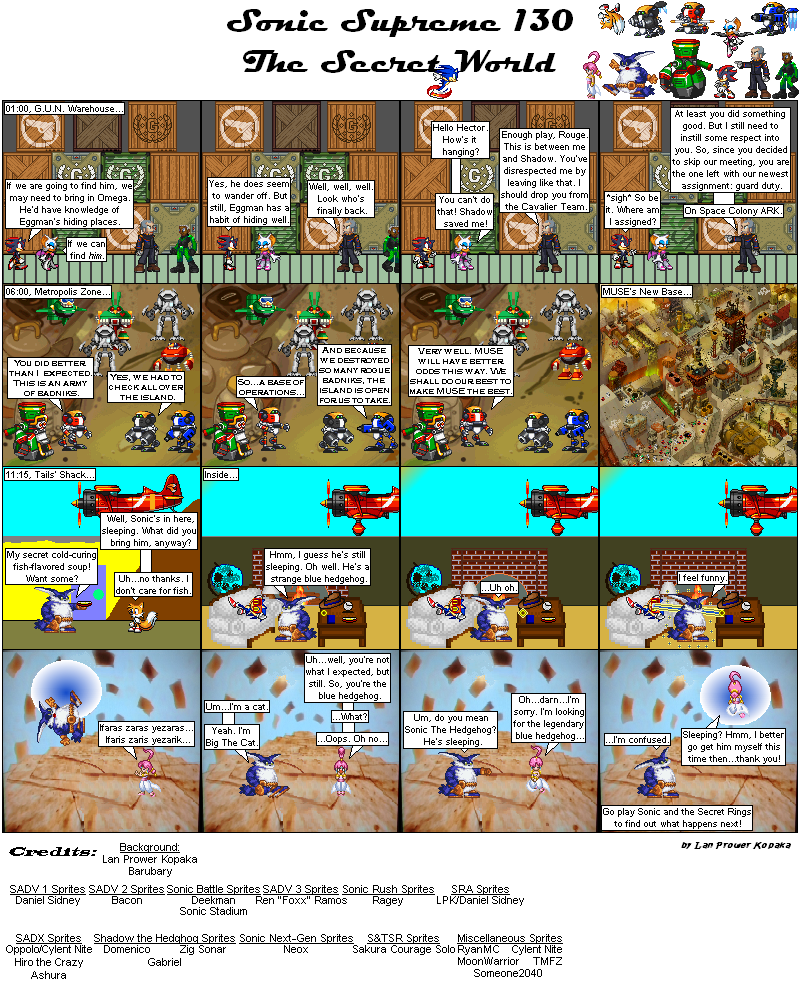 Hmm, so G.U.N. is interested in ARK...strange, isn't it? Well, G.U.N. isn't the only one with plans coming around. MUSE is forming an army it seems. It might not be easy to tell, but in Panel 8 there are about a couple dozen collected already.

Anyway, as you can tell, we're now set up for Sonic & The Secret Rings. It's an iffy game for some people, and personally I thought it was the first sign that Sonic was ready to leave the dark ages, but wasn't out just yet. As you may also be able to tell, the room Sonic is in is meant to be a recreation of the room we saw from the beginning of Secret Rings.