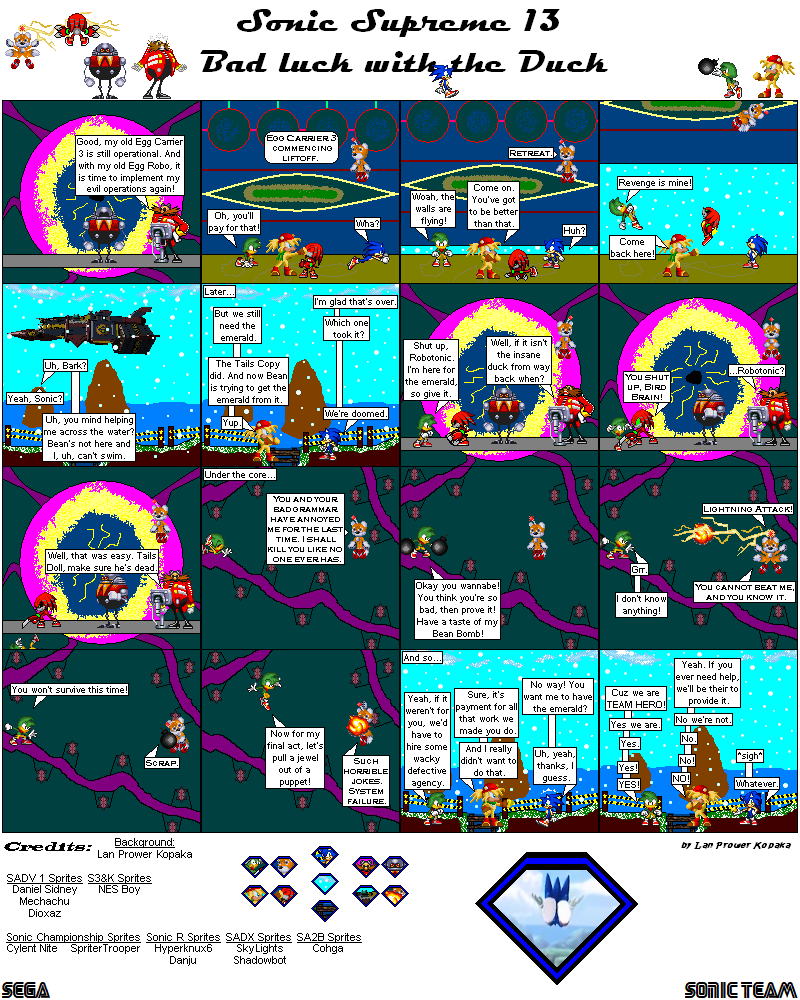 Egg Robo is back! The original we all knew and loved from Sonic The Hedgehog 3 & Knuckles and Sonic R! ...Come on, Sonic R was fun! Don't lie...shush, I liked it at least. <_< Egg Robo (or Eggrobo, or Egg-Robo), was a boss badnik Eggman used to antagonize Knuckles while he looked for the Master Emerald. He was pretty smart for a badnik and could pilot the various Egg Mobile mechs, but in the end Eggrobo was destroyed by accident by another badnik, Mecha Sonic.

Egg-robo was rebuilt to help in the World Grand Prix, but after he lost, he was locked away and shut down until Eggman needed him again. He was also in Sonic Adventure 2: Battle and could kart race, which was pretty cool, but he was even harder to control than in Sonic R. The only bad part was it meant Rouge didn't get a custom car. So no chance of using the Batgirlmobile.