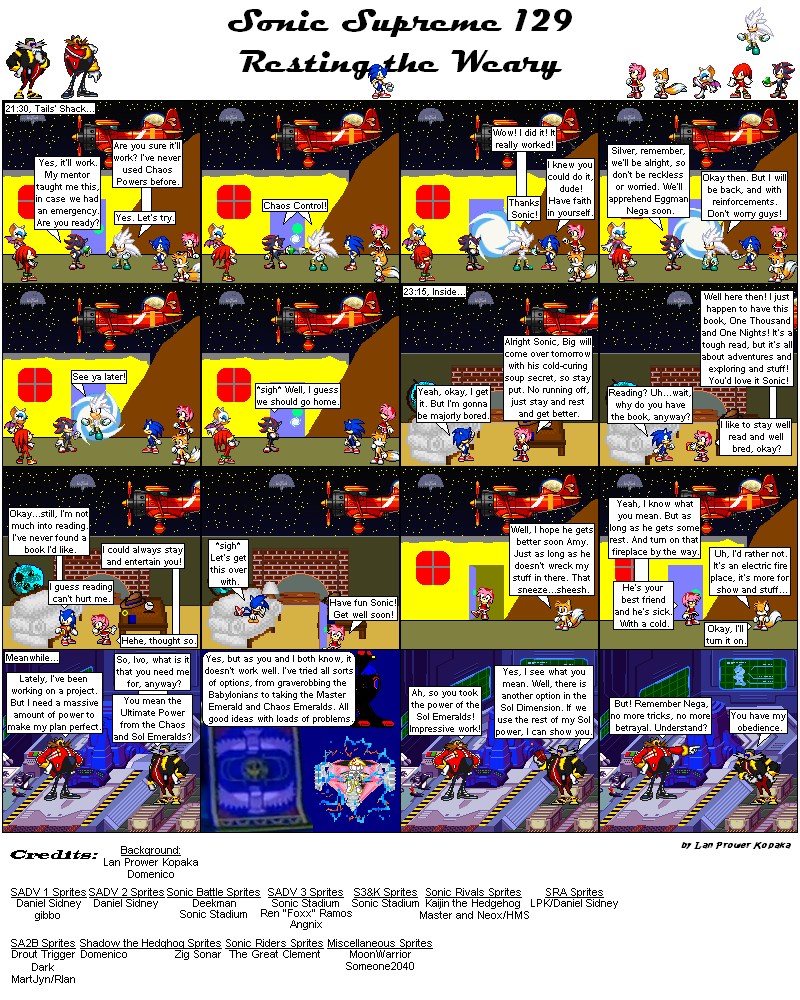 So in Sonic Supreme's world, Tikal taught Shadow. And speaking of teaching, Silver doesn't really know anything about Chaos Powers, so essentially Shadow is teaching Silver, rather than Silver just doing it. It's not like he's going to be a student of the craft, but Shadow did always have that kind of big brother role, or something like that, at least in my opinion.

Also, I didn't know until writing this comic that electric fireplaces were real. The reason I bring up the fireplace is because I didn't actually make a smokestack when I first made the room, and kind of realized I was stuck. So I had to look up if electric fire places needed one, and as far as I can tell, they don't.

As one last bit of trivia, Panel 14 shows off the magic carpet from Sonic Riders, the Egg Biped from Sonic Adventure 2 Battle, and the Phi from The G-Mel Saga. While I won't reveal why the Biped is there, the other two are there due to Eggman essentially looking for a power source greater than the Ultimate Power (Chaos Emerald and Sol Emerald powers combined). The question, of course, is what could possibly need such power?
​
Starring
- Rouge The Bat
- Knuckles The Echidna
- Shadow The Hedgehog
- Silver The Hedgehog
- Sonic The Hedgehog
- Miles "Tails" Prower
- Amy Rose
- Dr. Ivo "Eggman" Robotnik
​- Dr. Eggman Nega
Powered by