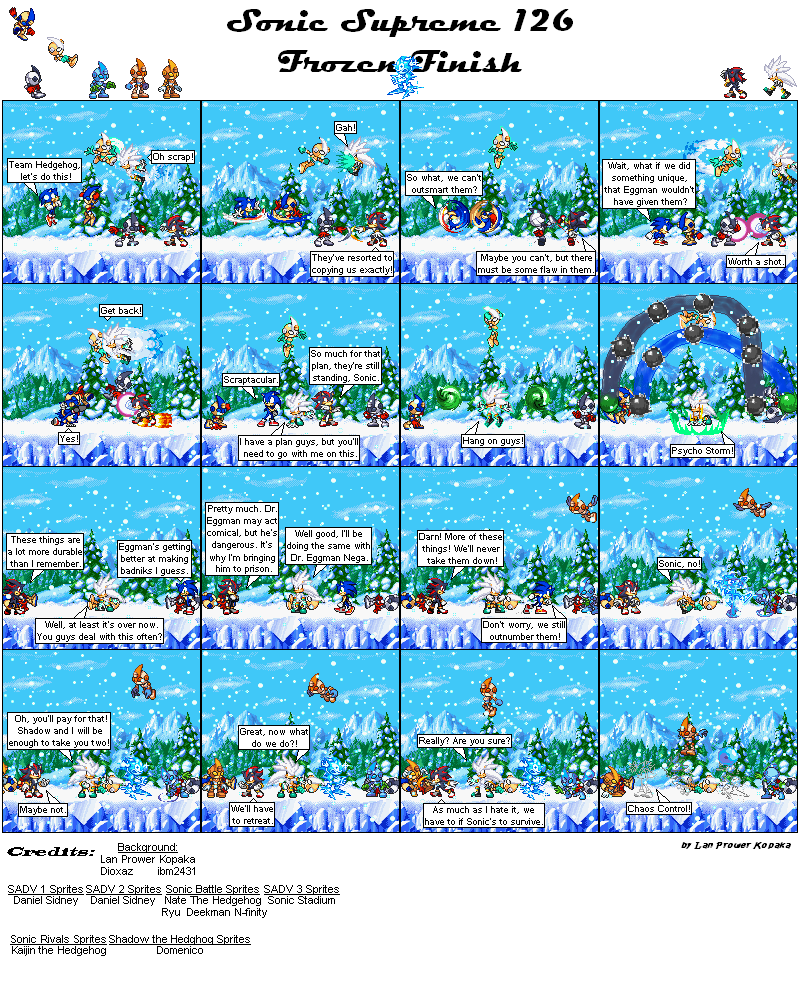 How's that for a Team Blast? =P I don't get too many chances to do those Team Attacks we saw from Sonic Heroes, and even though this wasn't in the game, I think it would fit in well. Psycho Storm was a fun effect to do, although it had its challenges. And, since I've forgotten to talk about it, this saga is also the return of snow! I was hoping I'd get to do it again, I like how it looks.