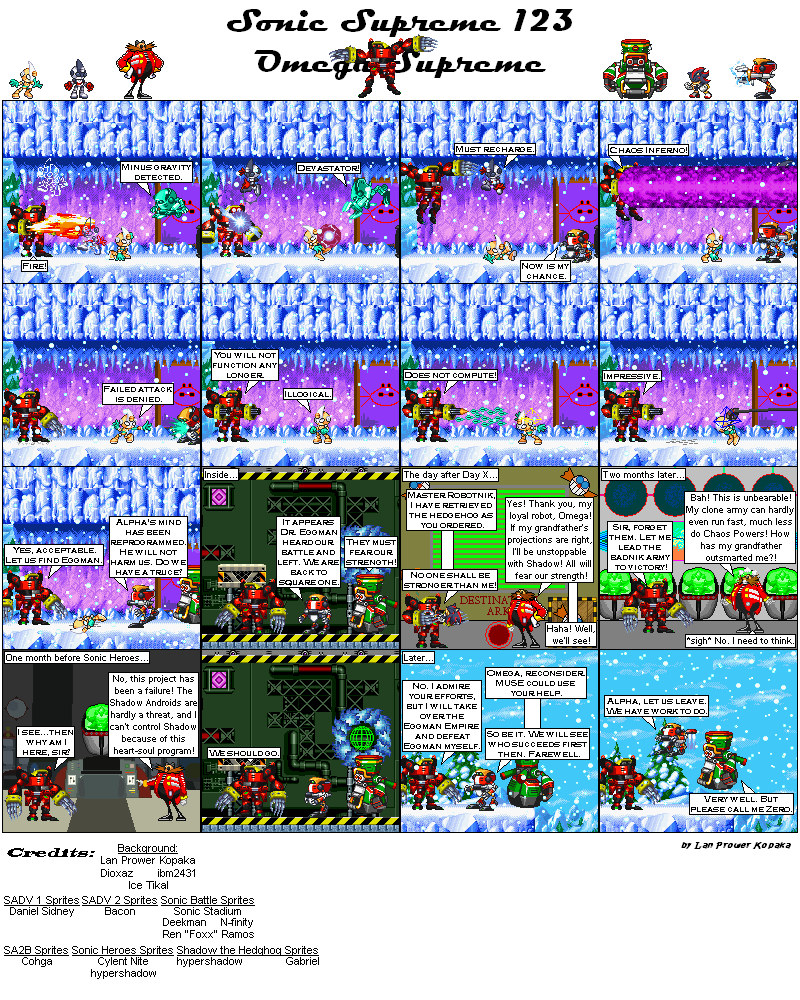 Woohoo, Omega! :D Yes, Omega gets a issue all about him as well! I wanted to do something for him, because while I do like Gamma better, Omega is pretty cool and has some interesting elements about him.

For instance, as he mentions here, he actually is interested in taking over the Eggman Empire, not just shutting it down. It's hard to say what he'd do if he succeeded, but it's an interesting idea. I also figured I'd show off his backstory, with him being the one to save Shadow after Super Shadow fell in Sonic Adventure 2 Battle. Makes their relationship really unique that way. :P

The room for panel 13 is actually all by me (except for Shadow's capsule). I put a lot of studying that room to make it look as exact as possible. I'd like to think it's me getting better at spriting! ;D And yes, Zero's now on Gamma's side. MUSE is getting stronger...​