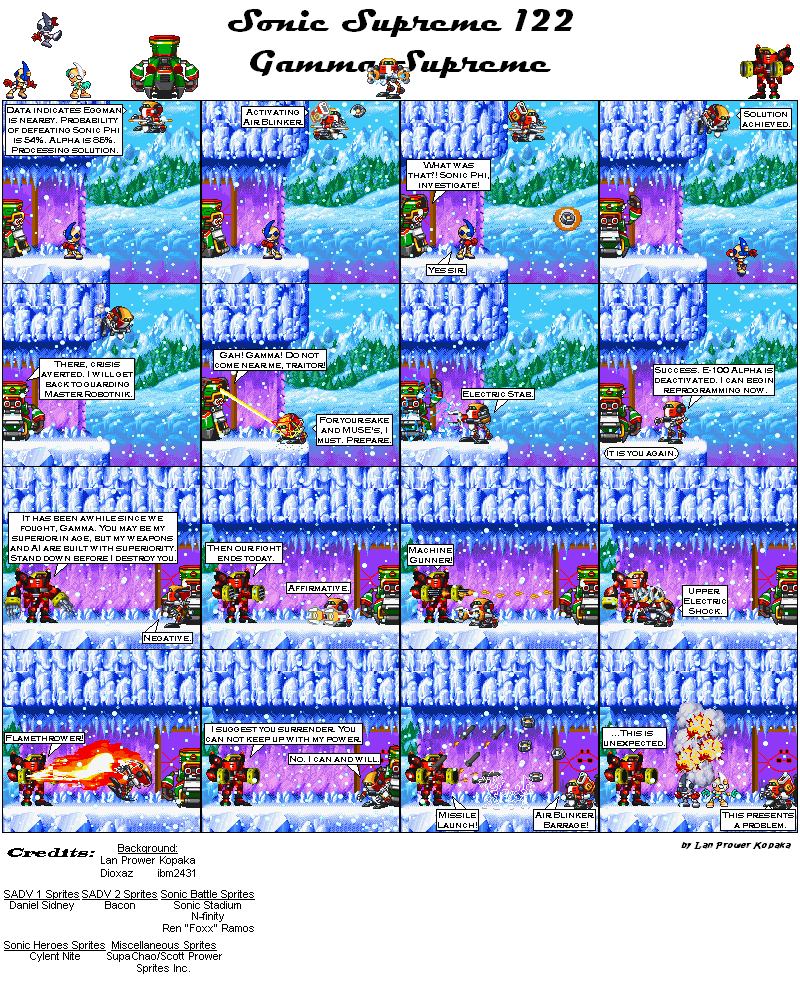 Ooh, an entire issue without Sonic! The last time I did this was Sonic Supreme 71, which was called Shadow Supreme, and of course featured Shadow. This time features Gamma. Of course, he's not alone in this. In fact, the whole cast of today's comic are E-Series!