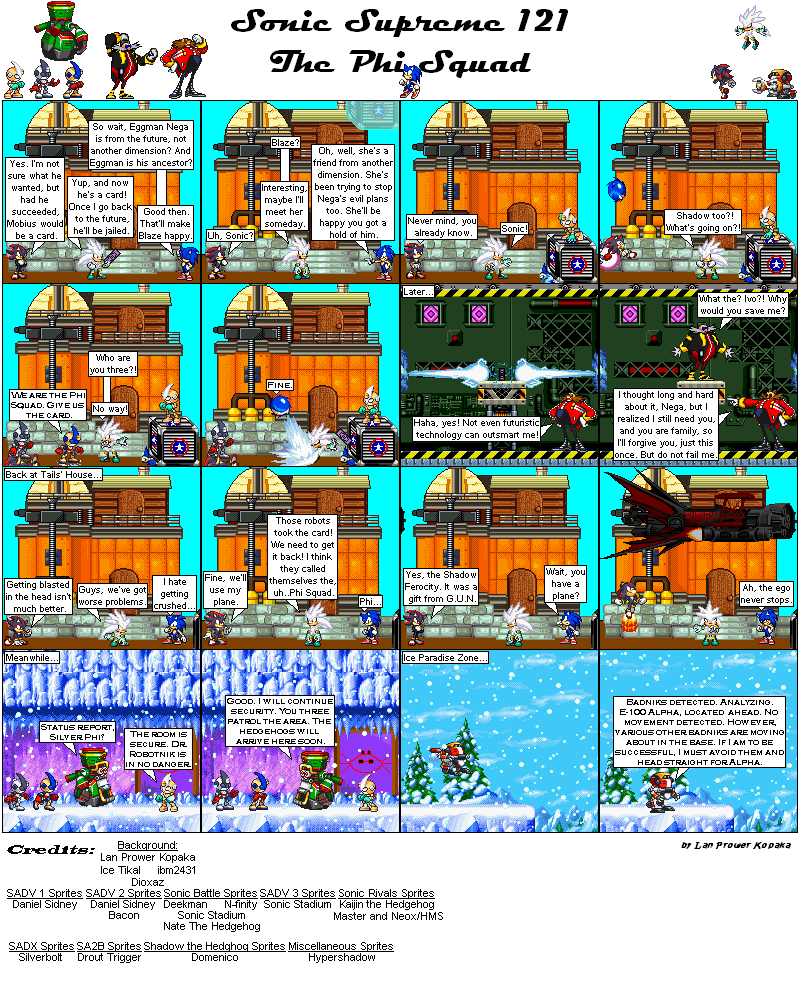 One of the strangest things the Sonic Rivals games did was make it so Sonic, Tails, Knuckles, and Rouge never knew the identity of Eggman Nega. This still holds true for the Sonic Supreme verse, but I did want Sonic to be told here that, yeah, Nega was doing all this weird stuff. Nega's plans would a bit out of character for Ivo. =P

This comic also introduces the Phi Squad! Remember way, way, waaay back in the first comic, when we saw an E-121 Phi resembling Emerl? Well, there's more! They're not as dangerous as that one, at least not yet, but they know almost all of their counterparts moves. That alone is pretty dangerous.
​
Starring
- Shadow The Hedgehog
- Silver The Hedgehog
- Dr. Eggman Nega
- Sonic The Hedgehog
- E-121 "Silver Phi"
- E-121 "Shadow Phi"
- E-121 "Sonic Phi"
- Dr. Ivo "Eggman" Robotnik
- E-100 "Alpha" / ZERO
​- E-102 "Chaos Gamma"
Powered by