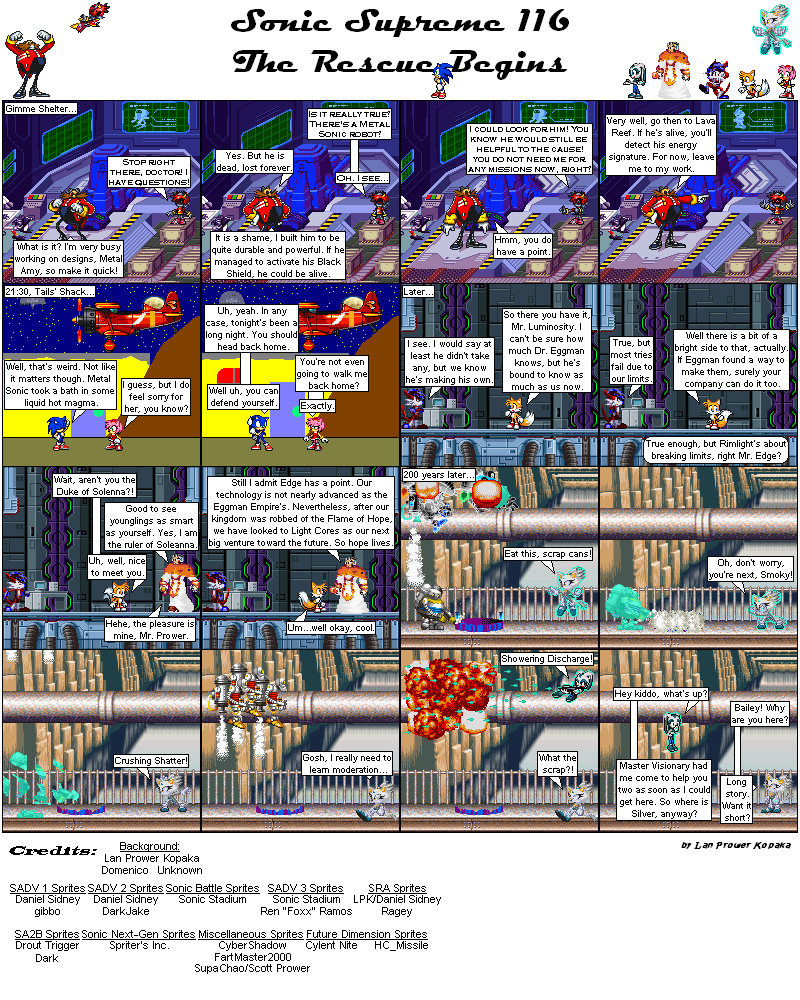 Another issue down! Metal Amy is ready for a new mission, and Tails gets to meet the (former) Duke of Soleanna! I wanted to have some way to make it clear Sonic The Hedgehog 2006 was out of the timeline, I guess you could say. So rather than in his debut game, where the Duke died, he's alive in this timeline. Elise is going to be taking over for him as he prepares to retire, but yeah, I wanted to get him in at least one comic.

I guess a point I can make regarding the Light Cores. Light Cores are an energy source that came up in Sonic The Hedgehog 2006, but was being studied and produced by Rimlight. As Edge reveals here, the Light Cores they have made have mostly failed. They've made enough to catch GUN's interest, but Eggman has had an easier time mass producing them, as we noticed with that Infinite Badnik Factory.

Also, Bailey to the rescue! I imagine that if this were in 3D, she'd be acting just like Shadow was in the intro movie for Shadow The Hedgehog (The Game). =P We'll find out what Silver's up to soon...
​
Starring
- Dr. Ivo "Eggman Robotnik
- Metal Amy 2.0
- Sonic The Hedgehog
- Amy Rose
- Edge Luminosity
- Miles "Tails" Prower
- Duke Soleanna
- Sikic Faymore
- Bailey Aurora
Powered by