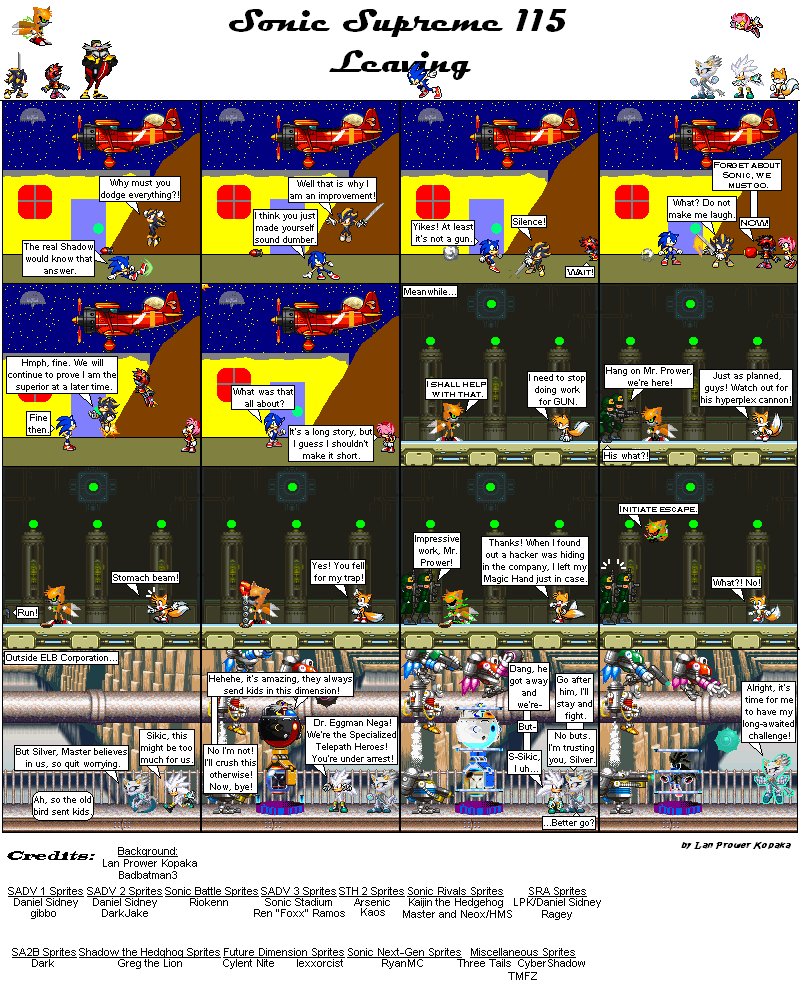 So Metal Tails escaped, as well as Shadow Android and Metal Amy. If these bots have at least one skill, it's running. =P Of course they're not the only ones, since we see Eggman Nega is running too! Sikic will be showing off her stuff next issue, but for Silver, it's up to him to catch the mad scientist!

That weapon Tails' uses, by the way, his Magic Hand. It's a weird attack he has from Sonic Battle. Tails obviously has lots of gadgets, and it's given him an edge here. But I don't think that's going to sit well with Metal Tails.

By the way, the badniks Eggman Nega is using are from Sonic Rush Adventure. That game hasn't happened yet, so it's curious why he has those badniks. Unless you played the game. But be quiet, we don't need spoilers here. :P
​​
Starring
- Sonic The Hedgehog
- Shadow Android
- Metal Amy 2.0
- Amy Rose
- Metal Tails
- Miles "Tails" Prower
- Sikic Faymore
- Silver The Hedgehog
​- Dr. Eggman Nega
Powered by