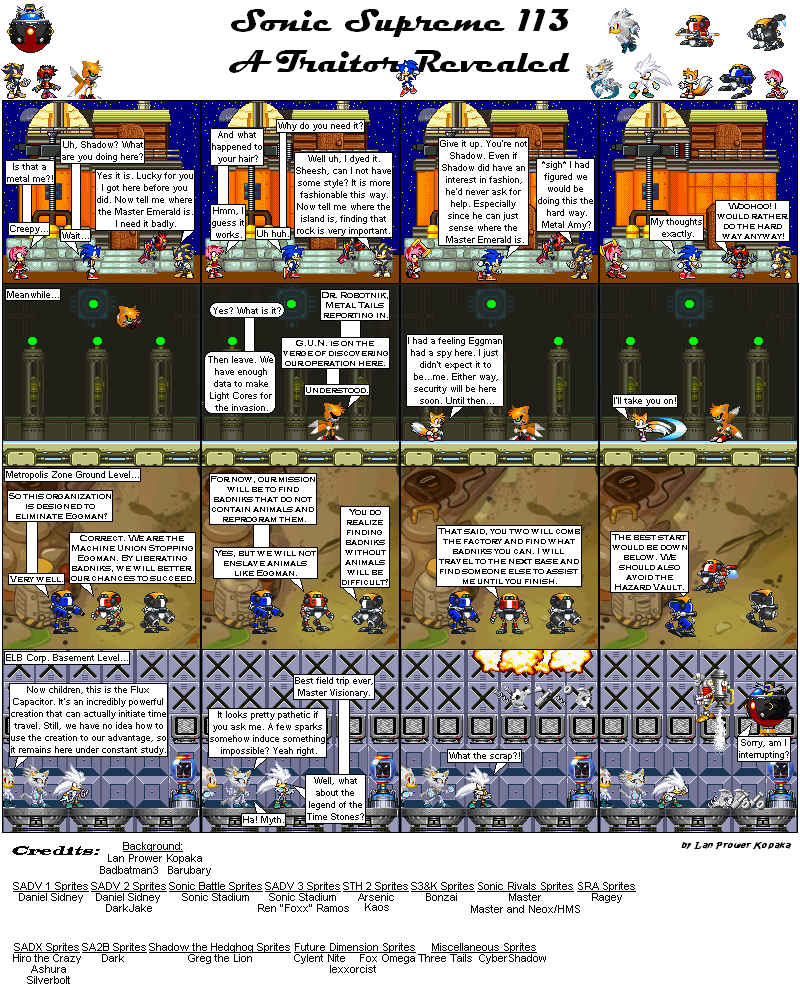 So either Shadow Android isn't the real Shadow, or Shadow suddenly became into fashion and hair care. Hard to say...:P

Anyso, we get to see a lot of new badniks here I've been wanting to show off. Metal Tails, who has been spying on Rimlight and has been feeding the secrets of Light Cores to Eggman, joins up with a new and improved Metal Amy and Shadow Android. And we also see Gamma form his own organization, MUSE. The Machine Union Stopping Eggman is going to need a lot of help though if they want to stop Eggman...

And, as if all that wasn't enough, we see Eggman Nega is back too! The ELB Corporation founds time travel technology. As of now they haven't made a true time machine due to the amount of energy needed. Just because Chaos Emeralds can power anything doesn't mean this company has one. =P
​
Starring
- Amy Rose
- Sonic The Hedgehog
- Metal Amy 2.0
- Shadow Android
- Metal Tails
- Miles "Tails" Prower
- E-103 "Delta"
- E-102 "Chaos Gamma"
- E-101 "Beta"
- Visionary Hawking
- Sikic Faymore
- Silver The Hedgehog
​- Dr. Eggman Nega
Powered by