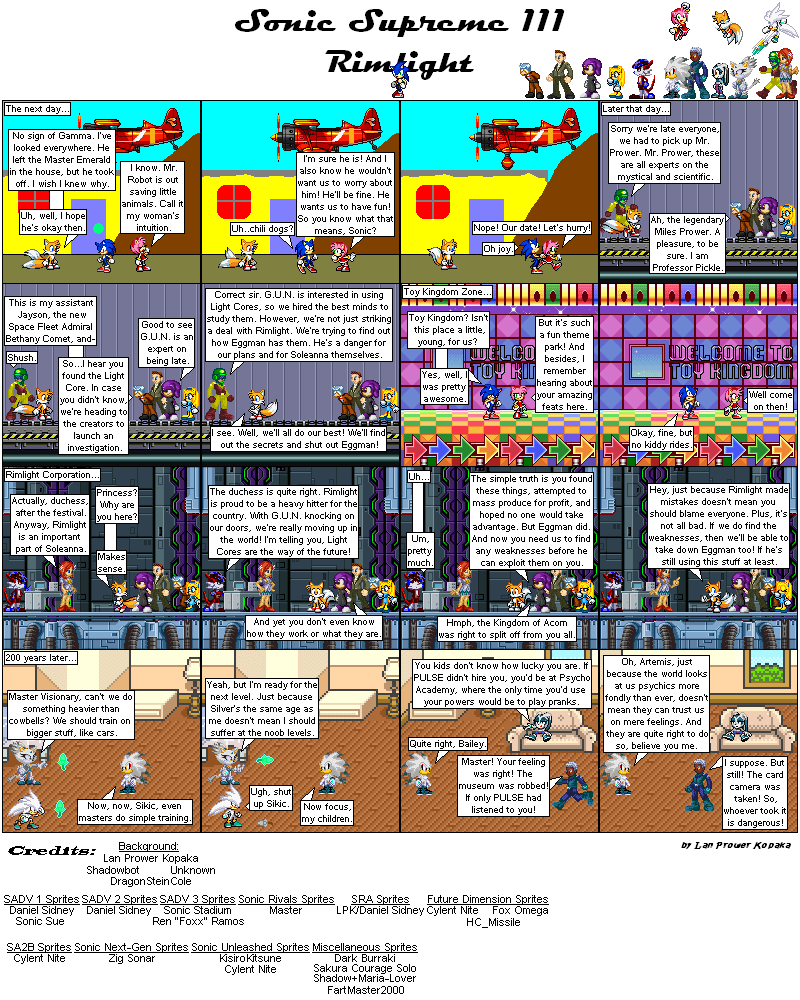 The new saga begins! Anyway, to the comic! Here we're introduced to a lot of new characters, but it was necessary for future stories. Of course, we meet the ultimate favorite, Professor Pickle! He's a pretty popular character from Sonic Unleashed. Oh, how I've waited to get him in this comic. He does have a very limited sprite sheet, so don't expect him often, but I think we gamers are used to that. :(

We also see Jayson Griffin (Pickle's assistant from Sonic Unleashed, I named him myself :P), Bethany Comet (Snively's replacement), her nameless assistant, the returning Sigma Alpha 2, Edge Luminosity, Duchess Elise, Silver (from a future without Iblis), and the Special Telekinetic Heroes, a new group of secret agents formed of all psychic users. We'll talk more about them in later comics.