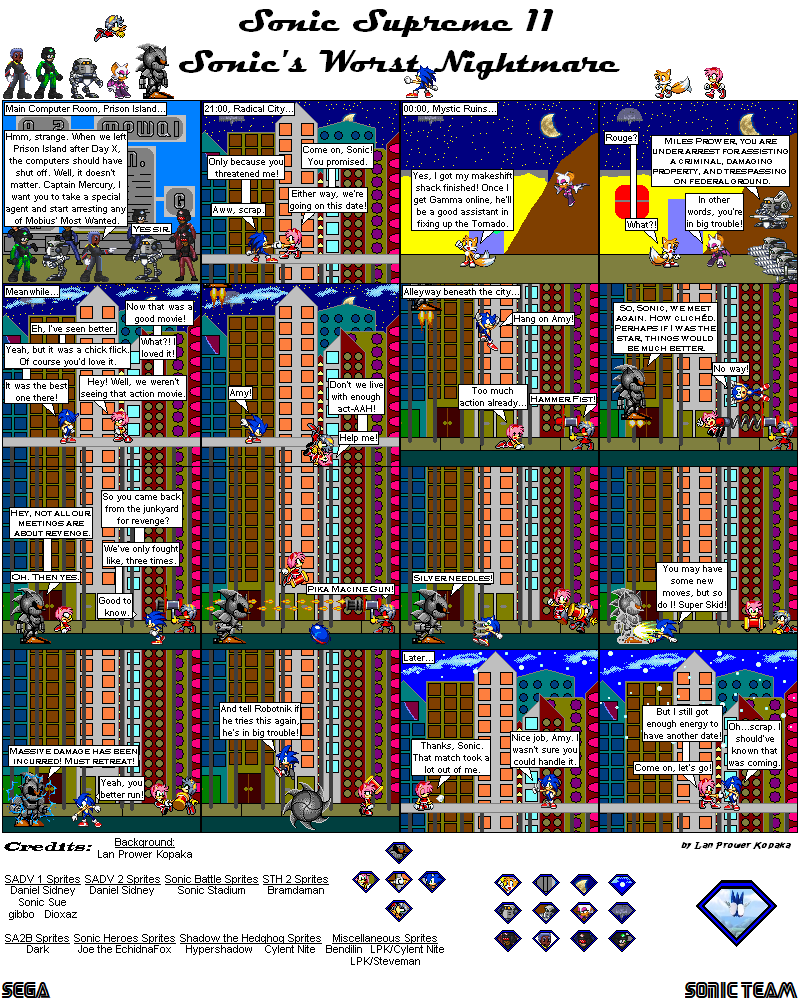 Ah, so begins the GUN Saga. We get to introduce the Supreme Commander of the Guardian Units of Nations, a character from Shadow The Hedgehog (The Game). He's supposed to be a nameless character, but he's been given a few names anyway, (officially he's just called The Commander). I've nicknamed him Diablon after his mech from his origin game. It's a practice I'll continue for all the other GUN leaders. Oddly enough, people forget that those mechs from Sonic Adventure 2: Battle have pilots. Or at least Sonic X did. <_< Anyso, if you're into the Archie Sonic comics, you'll recognize The Commander as Abraham Tower, but in Sonic Supreme he's doffed that mantle.

This saga's goal is to establish more of the world of Mobius, starting with the military organization we've had glimpses of in the past saga. Starting off, while GUN has many bases, Prison Island was abandoned several months ago after it was blown up in Sonic Adventure 2: Battle. It got better. Since then, they're reorganizing to better combat the threat of the Eggman Empire. We're also introduced to Captain Mercury, leader of the Acarina Troop. If you know what an Acarina is, you either know your bugs, or you looked it up. :P He'll be a minor character, but his partner in this story is a bit more famous than that. We'll talk more about her later. ;)

Also, just to note, this comic takes place in December. There is a reason for this.