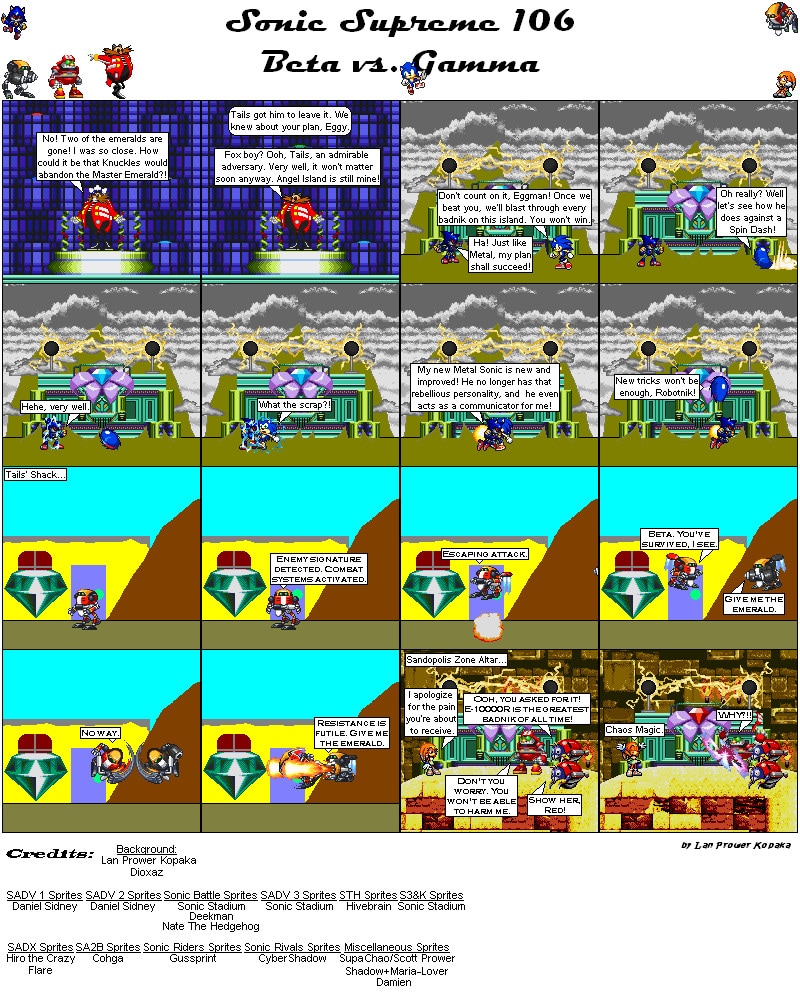 At last, Beta and Gamma have their rematch! Older brother versus younger brother! Good to bad! All for the legendary Master Emerald! Sounds epic to me!

Of course, that's not the only epic battle going on. Metal Sonic 2.0 is taking on Sonic, and unlike the previous Metal Sonic, he's not rebellious or independent. He does lack a few other features from the original as well, such as the ability of transformations. So, he is at a disadvantage, but he's more of the cold merciless machine that made Metal Sonic such a fearsome force in the first place. He just seems less fearsome because, well, Eggman's using him as a mouthpiece. :P