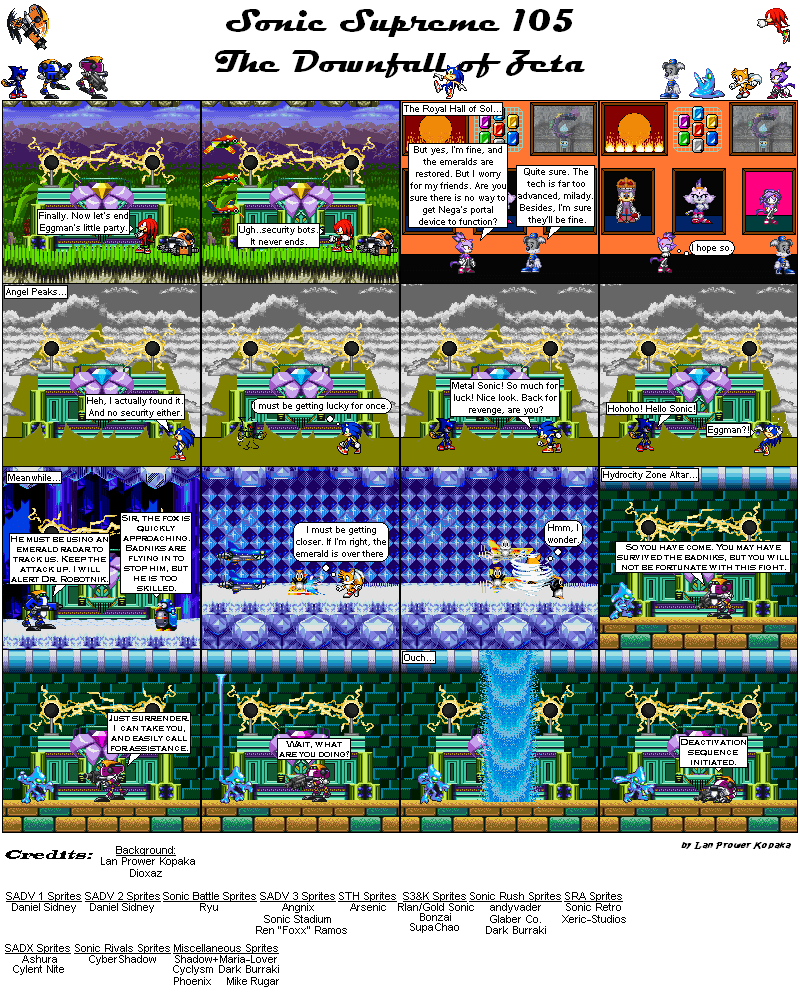 So this issue is a bit special, in that we finally get to see Blaze's parents! Sort of. They're only pictures, but I felt like I should show off the king and queen somehow. She hasn't been given parents officially, but I figured that if she's a princess, there should be rulers above her, so thus they were made. Above their pictures is a shrine to hold the Sol Emeralds, so yes, they are back to normal and safe with the royal family.

We also get to meet two new characters here! One, as you know, is Metal Sonic, but he seems to be...different than how we knew him from before. We also meet Gardon, Blaze's personal attendant and member of the royal guard. He's not too important in the grand scheme of things, but he'll be familiar to those who played Sonic Rush Adventure.

Meanwhile, on Angel Island, Tails is on to something big, and Chaos goes to work! I loved that scene. It's a bit like the Indiana Jones trope, Combat Pragmatist. Why fight evenly when you can win immediately? =P
​
Starring
- Knuckles The Echidna
- E-104 "Epsilon"
- Princess Blaze The Cat
- Gardon
- Sonic The Hedgehog
- Metal Sonic 2.0
- E-103 "Delta"
- Miles "Tails" Prower
- Chaos 0
- E-105 "Zeta"
Powered by