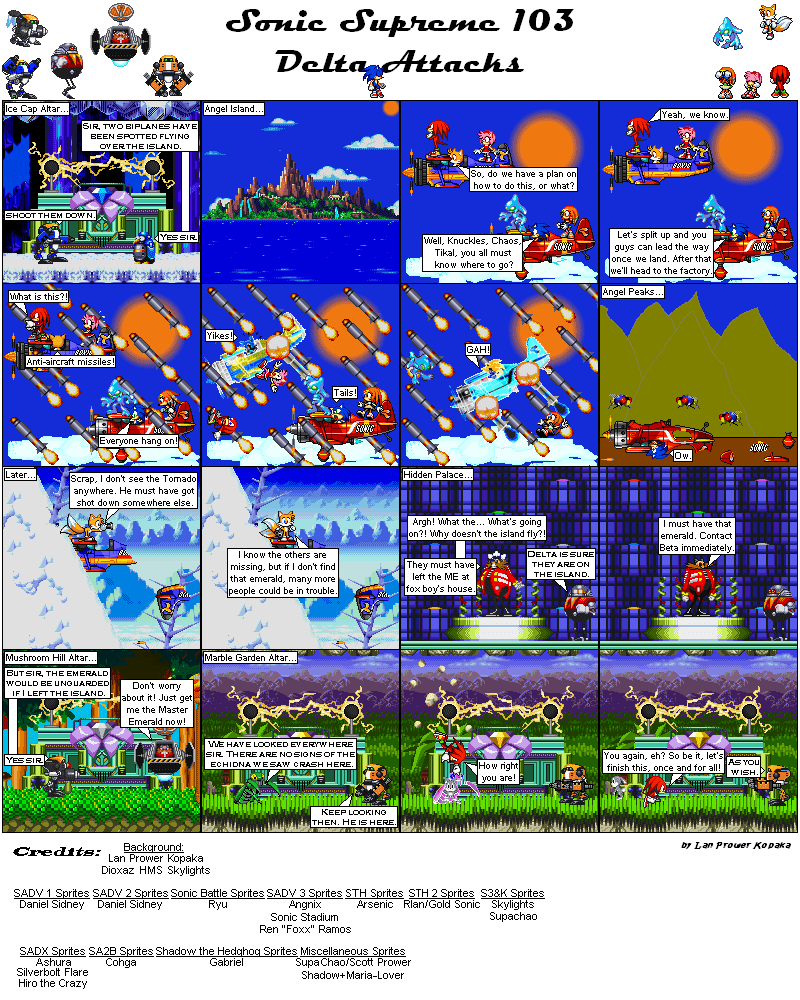 Well, it looks like our heroes have landed...barely. It was a good idea of a plan, but now that everyone's split up, they'll just have to improvise from here on. Although they're all split up, there is hope they'll find where they need to go! It seems that Knuckles sure has. ;)

I didn't really get into it last issue, but the idea of the altars controlling the island is something I came up with myself, but it is based on the idea that Angel Island has multiple altars in the games, and that the Hidden Palace has a purpose beyond just being one of those altars.

There isn't much to say, other than farewell to the two Tornado planes. Although at least with the original Tornado, it's in better shape than the Tornado II. We may see it again someday, but for now it's stuck in Ice Cap Zone.
​
Starring
- E-103 "Delta"
- Knuckles The Echidna
- Miles "Tails" Prower
- Amy Rose
- Chaos 0
- Sonic The Hedgehog
- Tikal
- Dr. Ivo "Eggman" Robotnik
- Eggrobo
- E-101 "Beta"
- E-104 "Epsilon"
Powered by