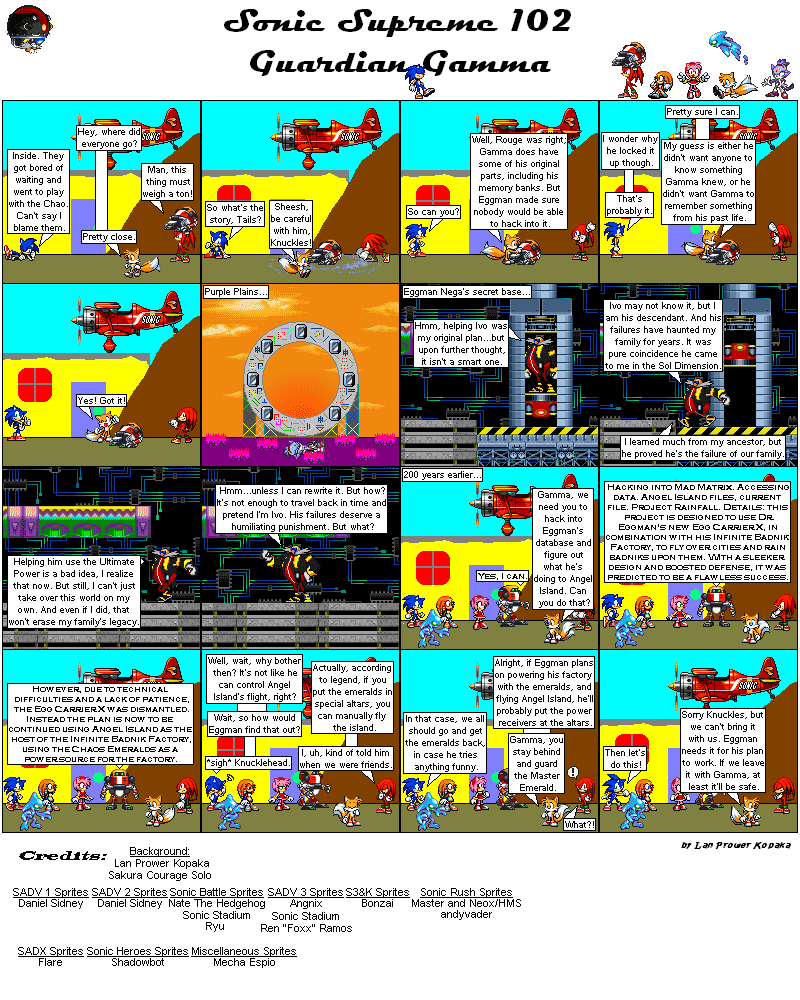 Gamma is back! And not just Chaos Gamma, this the Gamma we know and love from Sonic Adventure! For those unaware, after Gamma died in Sonic Adventure DX: Director's Cut, he was rebuilt and reprogrammed by Dr. Eggman. As Chaos Gamma, he was meant to be stronger, more loyal, and built with a design to "hunger" for the Chaos Emeralds. However, Gamma's amnesia is now over, and he's back to normal! It actually is kind of surprising though; I think Gamma in general has been offline since Sonic Supreme 54, so we've been waiting to see him for a while. :P

As for Tails' line about Gamma's weight, according to Concept Mobius, Gamma weighs 1,815.563 pounds (sadly they've removed the article regarding Gamma so no link here). My gosh. That is one heavy robot. If someone really wanted to throw some science around, think about this: Gamma weighs nearly a ton. Yet Sonic is able to jump into, onto, and overall beat Gamma senseless in Sonic Adventure DX: Director's Cut. I'm curious how Sonic's speed and strength factor into that. =P